ARRIVAL STATEMENT BY CHIEF OF MISSION CARICOM ELECTION OBSERVATION MISSION TO THE GENERAL AND REGIONAL ELECTIONS OF THE COOPERATIVE REPUBLIC OF GUYANA March 2, 2020

By a letter dated November 20, 2019, Dr. the Honourable Karen Cummings, Minister of Foreign Affairs of the Cooperative Republic of Guyana, wrote to the Secretary-General of the Caribbean Community (CARICOM), His Excellency Ambassador Irwin LaRocque, inviting CARICOM to mount an Election Observation Mission to observe the General and Regional Elections of the Cooperative Republic of Guyana, to be held on March 2, 2020.

In response to that invitation, CARICOM mounted a seventeen (17) member Observation Mission comprising:

The CARICOM Election Observation Mission is supported by the Directorate of Foreign and Community Relations of the CARICOM Secretariat.

It is indeed an honour and privilege for me to be here in Guyana as Chief of the CARICOM Election Observation Mission and I want to express my appreciation for the opportunity given to the members of this observer team.

The role of the CARICOM Election Observation Mission, is to observe the electoral process, collect quantitative and qualitative information and observations of the voting process and the results, observe and assess the outcome of the elections and its initial impact on the social and political environment and the preparation of a Final Report on the Elections which would include recommendations as the Mission deems fit.

Since my arrival, I had meetings with key stakeholders:

It is also the intention of the Mission to meet with members of the Ethnic Relations Commission and Religious bodies if time permits, other stakeholders.

In an effort to obtain an overview of the general political atmosphere and level of preparedness for the electoral process and to the extent possible, the Mission intends to attend final political rallies, continue to observe the pre-election period and finally to monitor and observe activities on Election Day, voting procedure and the count.

Following the end of the Election day activities, the reports of the Observers will be shared during a de-briefing session and I will present my Preliminary Statement which will be issued to the Media outlining the Mission’s initial assessment of the electoral process.

Thereafter, I will prepare my Final Report for submission to His Excellency Ambassador Irwin LaRocque, Secretary-General of CARICOM.

On behalf of the members of the Mission I wish to express our gratitude for the warm welcome extended to the Mission by the people of the Cooperative Republic of Guyana and the Mission looks forward to the successful conclusion of the electoral process. 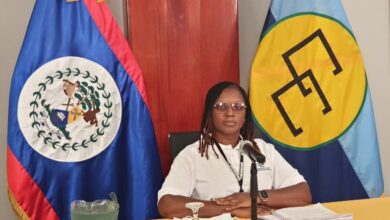 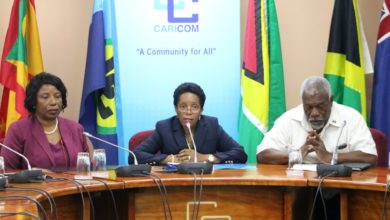