The   Ministry   of  Foreign  Affairs  of  Belize,  by  way  of  Diplomatic  Note  dated 13 October 2020, invited the Caribbean Community (CARICOM) to field a CARICOM Election Observation Mission (CEOM) to observe the conduct of the Belize General Elections to be held on 11 November 2020.

As a result, a six-member CEOM comprised of electoral officials from several CARICOM Member States who have extensive experience in international election observation arrived in Belize on 7 and 8 November and observed the conduct of the Belize General Elections on 11 November 2020.

Virtual meetings were held with a number of stakeholders to identify concerns for the general preparedness of the elections. On the day before elections the CEOM despatched observers across parts of the country to plot our election-day observation route and observe the preparation of the polling stations and voting materials.

The CEOM despatched 3 teams of Observers across the country, in all districts save Toledo. Together we visited close to thirty (30) electoral divisions and just under two hundred (200) polling stations.

The CEOM observed the smooth and timely opening of the polls; the seamless voting process and the efficient closing of the polls and tallying of votes.

There were no incidents of intimidation of voters inside or outside of the polling stations.

The CEOM commends the Belize Electoral and Boundaries Commission and Department on implementing the COVID-19 safe voting protocols. Voters and Election Day workers observed the protocols which included social distancing, the wearing of masks and the application of sanitizing spray upon entry and prior to the voter dipping their finger into the indelible ink and proceeding to cast their ballot. The speed of voting was not impeded by the COVID-19 Election Day protocols.

As evidenced by the over 80% voter turnout, the CEOM observed that the determination of Belize’s electorate had not been tempered by the devastation caused from the passage of Hurricane Eta. In one instance, a polling station in CAYO West that was inaccessible because of the collapse of a bridge was relocated to just on the other side of the river. The assigned election observation team observed that by 2:30 p.m. close to 90% of the registered voters at that polling station had cast their ballots. 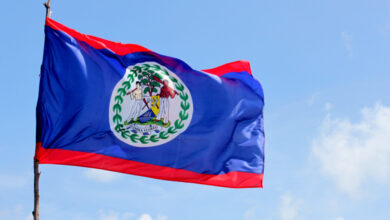 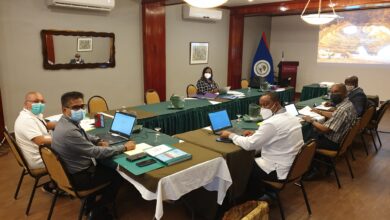