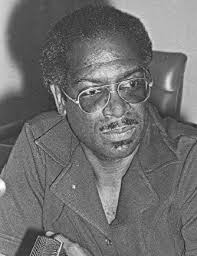 The time has come to pull many strands in this paper together in order to form a good appreciation of where the Caribbean Community stood when Dr. Kurleigh King became its Secretary-General. It will be recalled that the high hopes of the Community had been dampened by the effects of the global recession triggered by the increases in the price of petroleum products in the late 70s. It will be recalled too that the consequences of these increases for the Member States of the Community were quite severe and led to decisions and actions which exacerbated personal relations among leaders, changed the balance of forces within the Community and had a negative impact on the progress of intra Regional trade.

Moreover, most of the Member States were heavily indebted at this time. Additionally, many observers and scholars in the Region, among others, predicted the demise of the Community. One particular consequence of this entire situation was the fact that the Community had ceased meeting at the Heads of Government level. Also, after the departure of Sir Alister McIntyre, a Secretary-General was not appointed for more than approximately one year. And then, there was the phenomenon of the increasing attrition of the levels of staff within the Secretariat.

By a round-robin process therefore, the Heads agreed that Dr. Kurleigh King should be appointed Secretary-General with effect from November 1978. He had in fact inherited the mantle of leadership of the Secretariat at a most difficult period. The current Secretary-General, Mr. Edwin Carrington, has observed that “no one but a king was willing to risk what seemed to be a virtual professional death trap”.20 At this point of its existence the Community opted for a person with skills in management. The reason for this decision might have been that the Leaders of the Community had recognised that it had entered a different and decisive period.

The Secretary-Generalships of Mr. Demas and Mr. McIntyre essentially embodied the visionary aspects of the great Leaders of the integration movement. The departure of Mr. Demas and Sir Alister McIntyre within a period of eight years necessitated a period of building and stability. This became even more urgent with the impact of the economic crisis on the Community and the Secretariat and the attrition in levels of staffing, as already indicated. As is the case in most institutions and societies, the great visionaries are often succeeded by the type of person, who would find it congenial to adjust to the requirements of pragmatism and stability.

But Dr. King was not daunted by the task before him. First of all, he had to repair the consequences of the Secretariat being almost a year without a substantive head. Resulting from this situation, some twenty vacancies had to be filled. This he proceeded to do with great vigour. Not very long afterwards, the Secretariat was functioning with some degree of success. Qualified and experienced in management, Dr. King brought all of his skills to bear and, indeed, he succeeded in creating a culture of management within the Secretariat. His managerial skills were partly honed during his period of employment at the Caribbean Development Bank (CDB).

Dr. King placed emphasis on the use of computers and generally brought organisational rectitude to the work of the Secretariat. Senior and middle managers were exposed to the concepts and techniques of modern management. Training became an integral part of the activities and work of the Secretariat. The personnel and human resource element of the Secretariat’s work were also improved. And generally, Dr. King undertook the overhaul and modernisation of the working methods of the Secretariat. A former employee has observed: “That the Secretariat was able to maintain its operations throughout those most difficult times, and without any noticeable degradation of its standards is a tribute to the leadership and understanding he (Dr. King) provided during a difficult period”.21

In his closing address at the 3rd Meeting of the Heads of Government Conference of the Caribbean Community on 3rd November, 1982, Dr. King pointed out that he and the staff of the Secretariat were guardians of the integration movement: “We consider ourselves to be the guardians of the integration movement. When you have forgotten sometimes because of pressing national problems, we always remember and I can assure you that the staff of the Secretariat, whether I am there or not, will always place integration first, because we do believe that the formal integration mechanisms that we have set up are deeply based in the oneness, the oneness of the Caribbean people.”

Having attended to the problems of the Secretariat, Dr. King turned his attention to one of the critical issues of the Community: the inability of the Leaders to meet. And he so managed the diplomacy behind the scenes, and, with the support of important players, including some Heads of Government and committed integrationists of the Region, he was able to gain agreement for the first meeting of the Heads of Government of the Caribbean Community in Ocho Rios in 1982 – the first such meeting in seven years. It was at this meeting that it was agreed that there would be annual meetings of the Heads. The Community has met with great regularity since then, and this must be a testimony to the influential legacy left behind by Dr. King.

It was a good and necessary development that the Heads had been persuaded to meet on an annual basis, for the Regional developmental agenda had considerably increased. The Region, as already indicated, was grappling with major economic problems while at the same time, in the external realm of international relations and politics, great forces were gathering which would test the capacity of the Region to survive. The Heads were able to generate ideas for the survival of the Community, overcome the forces which were threatening to overwhelm it, design programmes for economic adjustment and stabilisation, and launched the Community on a new path.