In welcoming you all to this Meeting of the Council of Ministers of CARIFORUM, allow me to extend a special greeting to those Ministers attending their first meeting of this Council.

Included among them is today’s Chairman, the Honourable Jean Max Bellerive of Haiti. Also attending their first Meeting of this Council are the Honourable Paul Greene, Minister of Trade, Industry, Commerce, Sports, Culture and National Festivals of Antigua and Barbuda; Honourable Cynthia Vera Hope- Strachan, Minister of Financial Services of The Bahamas; Honourable Erwin Contreras, Minister of Economic Development and Petroleum of Belize; and Senator the Honourable Dennis Moses, Minister of Foreign and CARICOM Affairs of Trinidad and Tobago. Welcome to you all, Ministers.

Honourable Ministers, a lot has happened since we last met in December 2014.  Today’s agenda therefore reflects the urgent priorities on which you must give political and policy guidance and direction.  When we last met, we were in the process of negotiating the 11th European Development Fund (EDF) Regional Indicative Programme with the European Union (EU).  I have since signed the Caribbean Regional Indicative Programme (CRIP), valued at €346 million, with the EU.

That Agreement will provide support to CARIFORUM in the areas of: Regional Economic Integration and Cooperation; Climate Change; Disaster Management, Environment and Sustainable Energy; and Crime and Security.  These areas are among the most critical for us in addressing our competitiveness, fostering economic growth and sustainable development.

As we design the programmes and projects, these must have a positive impact on the ground in Member States. We must also take into account the need to build capacity at the national as well as the regional levels.

The projects must be implemented in an effective and efficient manner to address the development challenges of our Region.

We have initiated new governance arrangements for determining programmes and projects.  Member States are now more directly involved in deciding on the projects to be submitted for EDF financing and monitoring the programme’s implementation. This should result in the resources being directed more in line with the priorities of CARIFORUM States.

Ministers, this Meeting is the first real opportunity for you to take stock of where we are in respect of the implementation of the CARIFORUM-EU Economic Partnership Agreement (EPA).  You will recall that a CARIFORUM-EU Joint Council Meeting was held right here in Guyana last July to undertake a Five-Year Review of the EPA.  That Meeting concluded that the potential benefits and impacts had not yet really begun to be felt in the Caribbean Region.

The review also concluded that the revenue effects and the costs of implementation of the EPA were not yet fully known and appreciated.  A number of critical areas were singled out as holding the promise to deliver positive benefits for the people of the Caribbean.  The area of services, particularly cultural industries, was highlighted.

To deliver on this promise, our business persons and service providers must have tangible access to the EU market. While the EU has provided some improvement through increasing access to the Schengen Area, there needs to be further progress in this regard to make it truly meaningful.

Another subject of importance which will be discussed in this Ministerial session is the future of the African, Caribbean and Pacific Group of Countries (ACP) and the future of ACP-EU relations.  As you are aware, the Cotonou Partnership Agreement, which governs those relations, expires in 2020.

The Caribbean, as part of the ACP, must have an exchange of views on the future of the grouping.  Already last month in Belize, the Heads of Government of the Caribbean Community (CARICOM) discussed the issue.  I understand as well, that during the course of next week, CARIFORUM Ambassadors in Brussels will discuss the Report of the Eminent Group of Persons on the Future of the ACP.  Our deliberations today should help to inform the position we will eventually adopt at the upcoming ACP Summit in May.

Political and policy dialogue with the EU is important in the context of furthering our relations. In that regard, I have been advised that the policy discussions held earlier this week between senior officials of CARIFORUM and the EU were fruitful. The outcome of those discussions will be considered at this Meeting.

The quality of the relationship with the EU is being tested by the unfair and unjustified blacklisting of our Member States.  You will recall that last year we were faced with the listing of a number of CARIFORUM States as non-cooperating tax jurisdictions by a number of EU Member States.

The fact is that our jurisdictions are in compliance with the institutional and regulatory standards established by the FATF, the OECD’s Global Forum and other international bodies.

Despite this fact, these EU lists still exist and a new EU proposal has the potential to further complicate our lives.  This is due to the punitive measures, with respect to trade with the EU and access to EU funding, being proposed for those countries which they deem as non-cooperating tax jurisdictions. I want to emphasise that this is taking place despite the fact that we are compliant with international standards on this matter.

The CARICOM Heads of Government adopted a position on this matter. CARIFORUM needs to resoundingly reject this unfair listing.

This new challenge, coming as it does at the same time as we grapple with our correspondent banking situation, is, to say the least, very unwelcome and untimely.  We have another opportunity today to continue to address these issues.

Honourable Ministers, Distinguished Delegates, the agenda today gives us an opportunity to address a number of issues that are critical to our continued development as well as furthering co-operation among us. I expect that the new governance architecture of the 11th EDF Regional Indicative Programme would result in expediting the use of the resources, so that the benefits can be realised in a timely manner for the people of our Region. I feel confident that the outcome of today’s deliberations will advance that goal. 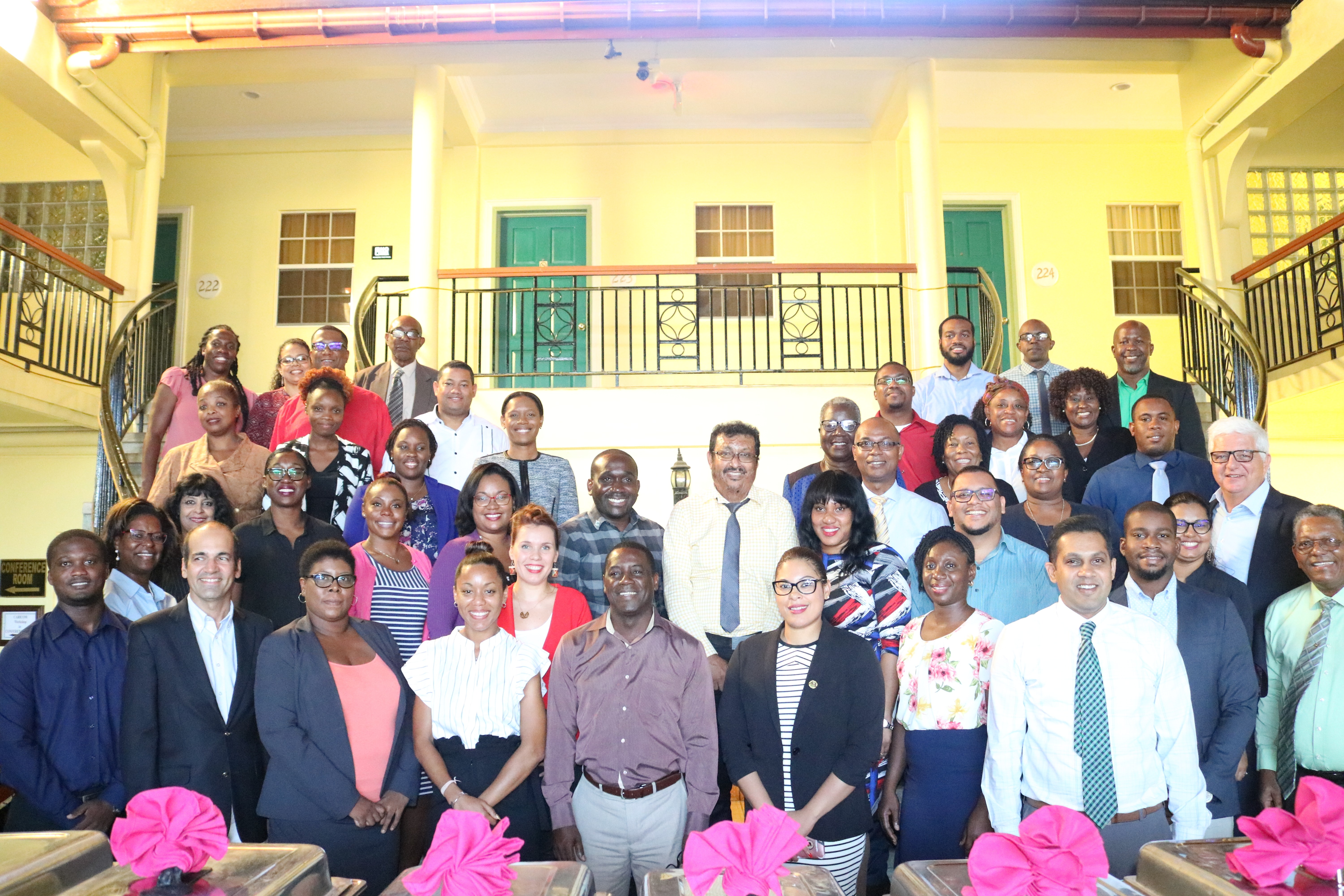 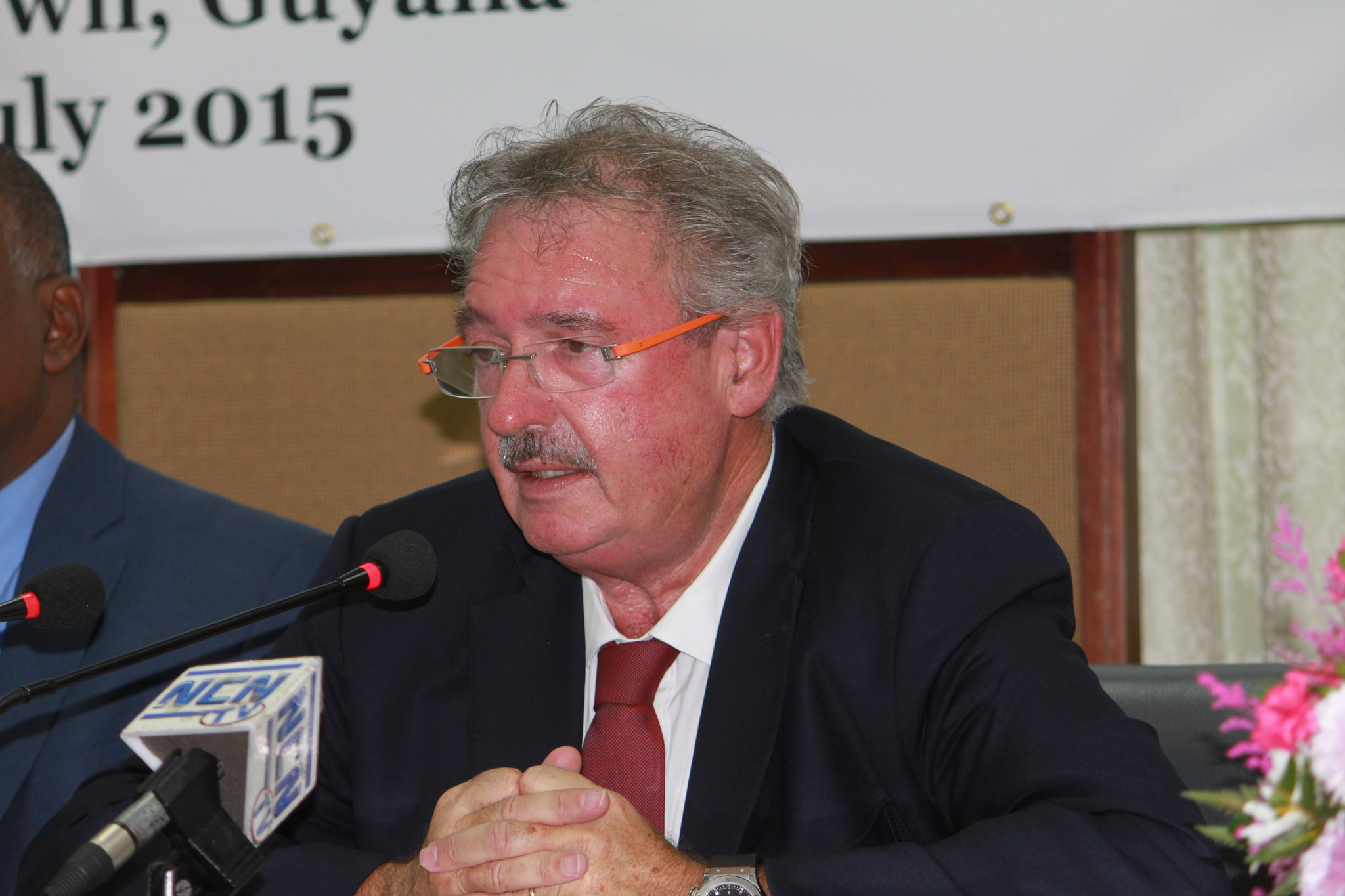 Opening speech from H.E. Mr Jean Asselborn, Minister of Foreign and European Affairs of the Grand Duchy of Luxembourg 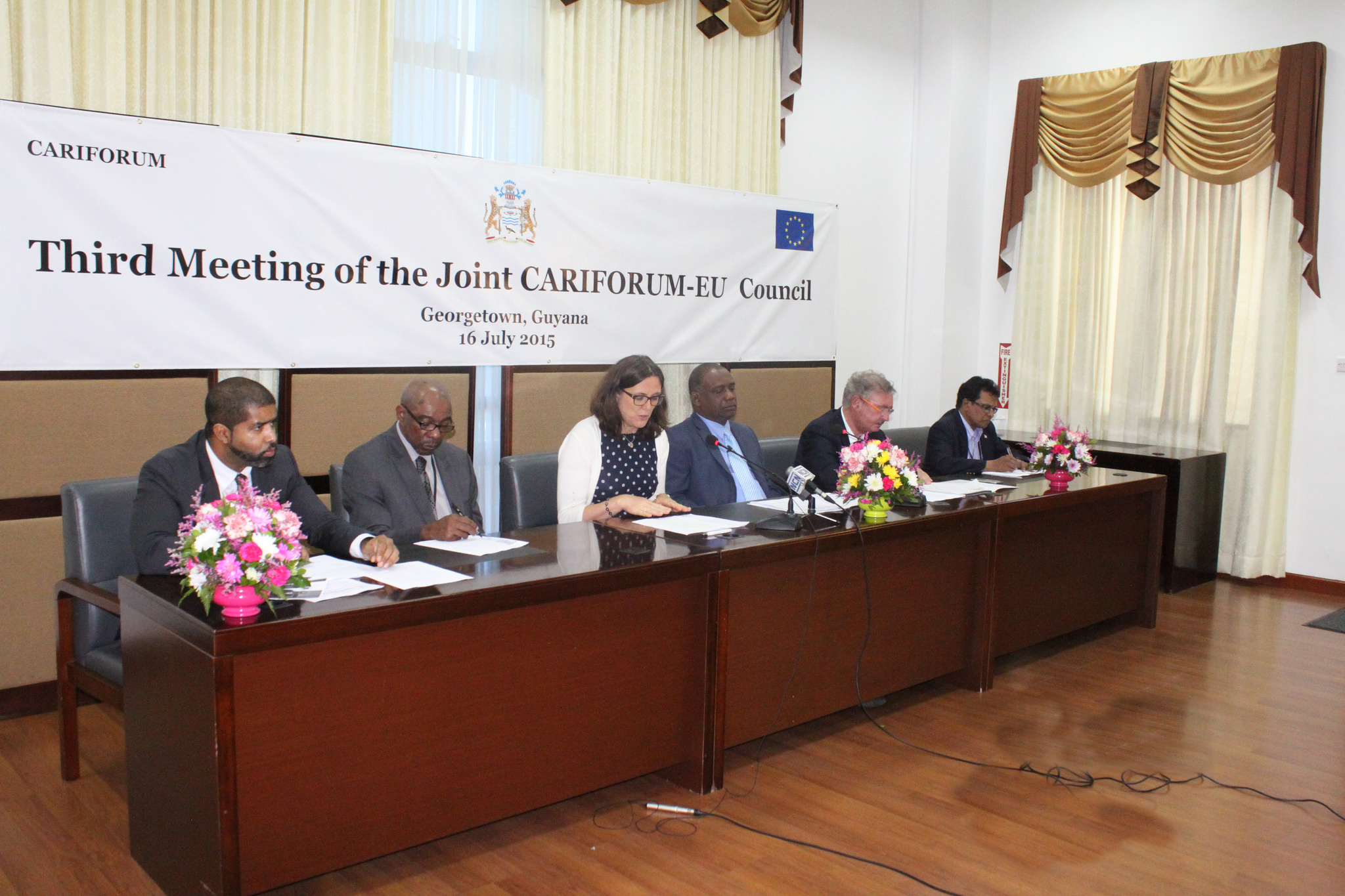 The way ahead for the EU-CARIFORUM Economic Partnership Agreement