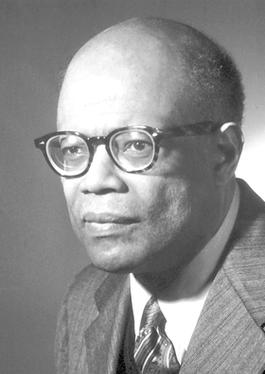 Sir W. Arthur Lewis, won a Nobel Prize in 1979 for pioneer­ing research on economic development in emerging countries.  A professor emeritus of political economy at Princeton, he died in his sleep at his home in Barbados. He published a book, “The Theory of Economic Growth,” in 1954 that is regarded as the seminal study in the field.

Sir Arthur, educated at the University of London, won the Nobel Prize with Theodore Schultz. He joined Princeton’s fac­ulty in 1963 and retired 20 yean later. At Princeton’s Woodrow Wilson School of Public and Inter­national Affairs, he taught undergraduate and graduate courses in economic development and modern economic history.      In 1963, he was knighted by Queen Elizabeth.

Sir Arthur Lewis: In His Own Words

I was born in St. Lucia on January 23, 1915. My parents, who were both school teachers, had immigrated there from Antigua about a dozen years before. The islands were dissimilar in religion and culture, so our family had some slight characteristics of immigrant minorities.

My progress through the public schools was accelerated. When I was seven I had to stay home for several weeks because of some ailment, whereupon my father elected to teach me so that I should not fall behind. In fact, he taught me in three months as much as the school taught in two years, so, on returning to school, I was shifted from grade 4 to grade 6. So, the rest of my school life and early working life, up to age 18, was spent with fellow students or workers two or three years older than I. This gave me a terrible sense of physical inferiority, as well as an understanding, which has remained with me ever since, that high marks are not everything.

My father died when I was seven, leaving a widow and five sons, ranging in age from five to seventeen. My mother was the most highly-disciplined and hardest working person I have ever known, and this, combined with her love and gentleness, enabled her to make a success of each of her children.

I left school at 14, having completed the curriculum, and went to work as a clerk in the civil service. My next step would be to sit the examination for a St. Lucia government scholarship to a British university, but I would be too young for this until 1932. This job was not wasted on me since it taught me to write, to type, to file and to be orderly. But this was at the expense of not reading enough history and literature, for which these years of one’s life are the most appropriate.

In 1932 I sat the examination and won the scholarship. At this point I did not know what to do with my life. The British government imposed a colour bar in its colonies, so young blacks went in only for law or medicine where they could make a living without government support. I did not want to be a lawyer or a doctor. I wanted to be an engineer, but this seemed pointless since neither the government nor the white firms would employ a black engineer. Eventually I decided to study business administration, planning to return to St. Lucia for a job in the municipal service or in private trade. I would simultaneously study law to fall back on if nothing administrative turned up. So I went to the London School of Economics to do the Bachelor of Commerce degree which offered accounting, business management, commercial law and a little economics and statistics. This training has been very helpful in the various administrative jobs I have had to do, its weakness from the standpoint of my subsequent career (which was then inconceivable) was that it lacked mathematics.

I had no idea in 1933 what economics was but I did well in the subject from the start, and when I graduated in 1937 with first class honours, LSE gave me a scholarship to do a Ph.D. in Industrial Economics.

In 1938, I was given a one-year teaching appointment which was sensational for British universities. This was converted into the usual four-year contract for an Assistant Lecturer in 1939. My foot was now on the ladder, and the rest was up to me. My luck held, and I rose rapidly. In 1948, at 33, I was made a full professor at the University of Manchester.

Until I went to Manchester, my field of study was industrial economics, and I published a series of articles on the subject culminating in a book in 1949. The leading practitioner of this art at LSE was Professor Sir Arnold Plant, and though he was a laissez-faire liberal and I a social democrat, I am indebted to him both for his incisive no-nonsense criticism and also for supporting me at crucial moments in the Appointments Committee.

My research work has been in three areas: in industrial economics, which I dropped after 1948; in the history of the world economy since 1870, which I started in 1944 and still pursue; and in development economics, which I did not begin systematically until about 1950.

I got into the history of the world economy because Frederick Hayek, then Acting Chairman of the LSE Department of Economics suggested that I teach a course on “what happened between the wars” to give concreteness to the massive doses of trade cycle theory which then dominated the curriculum. I replied to Hayek that I did not know what happened between the wars; to which he replied that the best way of learning a subject was to teach it.

So I lectured on this subject for some years, and published a book on it in 1949. Among the questions that the book did not answer was whether the great depression of 1929 was sui generis, or one of a cycle stretching back into the nineteenth century. This I was determined to find out. However, data for the years before 1914 were sparse and unreliable, and I could not proceed faster than additions to the data and revisions would permit. I spent a lot of time with the data, and, between 1952 and 1957, published a stream of articles on world production, prices and trade from 1870 to 1914. However, I could never get the book done. In 1957, just as I was ready to start, I went off into administration for six years, never touching the subject. I returned to it in 1963, in my new professorship at Princeton University, to find that the four or five researchers of 1952 had now multiplied into a crowd of writers on this subject. I returned to improvement of the data and was just about ready to write my book when I went off to Barbados for four years setting up the Caribbean Development Bank. Returning to Princeton in 1974, I finally published in 1978 my account of growth and fluctuations in the world economy between 1870 and 1914. My Nobel Lecture derives from this sector of my intellectual interests.

Now for development economics. From the middle of the 1930s, I had spent time in the Colonial Office Library reading reports from the colonial territories on agricultural problems, mining, currency questions and the like, and by comparing different territories, had learnt something about the efficacy of different policies. I did some lecturing on this to colonial students at LSE in the 40s, but it was the throng of Asian and African students at Manchester that set me lecturing systematically on development economics from about 1950, following Hayek’s rule that the way to learn is to teach.

Half my interest was in policy questions, and here, my knowledge broadened in the 50s and 60s as a result of numerous visits to, and work stints in, African and Asian countries. This half led to my book on development planning published in 1966.

The other half of my interest was in the fundamental forces determining the rate of economic growth. This was the subject of my so-called classic book of 1955, and also the origin of the model to which the Nobel citation refers.

From my undergraduate days, I had sought a solution to the question of what determines the relative prices of steel and coffee. The approach through marginal utility made no sense to me. And the Heckscher-Ohlin  framework could not be used, since that assumes that trading partners have the same production functions, whereas coffee cannot be grown in most of the steel producing countries.

Another problem that troubled me was historical. Apparently, during the first fifty years of the industrial revolution, real wages in Britain remained more or less constant while profits and savings soared. This could not be squared with the neoclassical framework, in which a rise in investment should raise wages and depress the rate of return on capital.

One day in August, 1952, walking down the road in Bangkok, it came to me suddenly that both problems have the same solution. Throw away the neoclassical assumption that the quantity of labour is fixed. An “unlimited supply of labour” will keep wages down, producing cheap coffee in the first case and high profits in the second case. The result is a dual (national or world) economy, where one part is a reservoir of cheap labour for the other. The unlimited supply of labour derives ultimately from population pressure, so it is a phase in the demographic cycle.

The publication of my article on this subject in 1954 was greeted equally with applause and with cries of outrage. In the succeeding 25 years, other scholars have written five books and numerous articles arguing the merits of the thesis, assessing contradictory data, or applying it to solving other problems. The debate continues.

Since 1957, I have spent nearly as many years in administration as in academic scholarship. First, a group of six years, 1957-1963, in which I was in turn UN Economic Adviser to the Prime Minister of Ghana, Deputy Managing Director of the UN Special Fund, and Vice-Chancellor (= President) of the University of the West Indies. Then, from 1970 to 1974, I set up the Caribbean Development Bank. These experiences broadened my understanding of development problems, without doing much to deepen it in the scholarly sense.

My wife Gladys was born in Grenada. Her father, who was an Antiguan, and my parents had known each other all their lives. She went to England in 1937 and trained as a teacher. We married in 1947 and have two daughters, Elizabeth and Barbara. My travels have meant much separation, but mutual love has supported the family in all its endeavours.