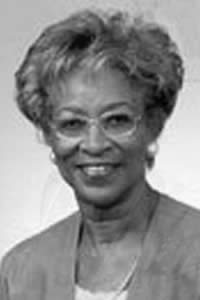 In acknowledgement of her exceptional career accomplishments,Professor Joycelin Massiah was conferred the CARICOM Triennial Award for Women in 1996. A true Caribbean citizen, Professor Massiah’s life path transcends Caribbean boundaries having been born in Guyana, studied and worked for several years in Jamaica and now residing as a citizen of Barbados. As a renowned Caribbean academic, scholar and intellectual, she has, through her scholarly research, contributed significantly to shaping the agenda on women and development in the Region and the movement for promoting women’s rights. A UWI graduate in Economics and Sociology, Joycelin Massiah returned to her alma mater and served with distinction as a member of the UWI community for several years as researcher and lecturer. She provided extended extraordinary service to the University, first as Research Assistant at the Mona Campus, as Research Fellow at the Institute of Social and Economic Research (ISER) Cave Hill, and finally as Director of ISER, Cave Hill from 1974 to 1992. Her remarkable record of involvement with the UWI included membership of the Senate of the University.

Professor Massiah’s career is characterized by many “firsts”, a fitting testimony to a career hinged on nothing short of excellence. As first female Head of Department at Cave Hill, first Caribbean female Professor in the Faculty of Social Sciences, first female Director in any of the branches of ISER and first head of the Caribbean Office of the United Nations Development Fund for Women (UNIFEM), she moved the process of incorporating Caribbean women into the hierarchy of leadership one step further.

Professor Massiah is well known for her seminal research project on “Women in the Caribbean” which was inspired by a recognition of the dearth of data on women in the region, needed to inform development initiatives. Her work in this area has had a profound impact on the establishment of a frame of reference for analyzing and comprehending the issues related to women, their status and development in the region.

As a highly recognized scholar, Professor Massiah was invited to serve on several regional and international committees and boards among which is the Board of Directors of the International Centre for Research on Women and the Advisory Committee of the Population Council on Family Structure, Female Headship and Poverty. In a consultative capacity, she has authored several papers and reports for regional and international bodies such as CARICOM, UNESCO, PAHO and USAID.

In her current capacity as Regional Programme Advisor to the United Nations Development Fund for Women (UNIFEM) based in Barbados, Prof. Massiah has responsibility for 26 countries in the region. The post offers her remarkable opportunities to interface with organization and agencies, government and non-government in furthering her dedicated efforts to create conditions of betterment for the women in her region.

The Government of Barbados honoured the work and lifetime contributions of Professor Massiah by awarding her the Golden Cross of Merit, Barbados’s third highest award in 1998.