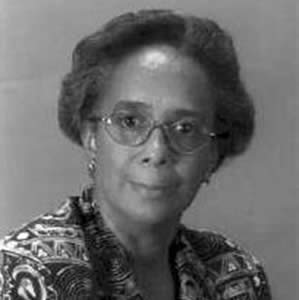 CITATION IN HONOUR OF PROFESSOR BARBARA BAILEY ON THE OCCASION OF THE PRESENTATION OF THE NINTH CARICOM TRIENNIAL AWARD FOR WOMEN, 1 JULY 2008, DICKENSON BAY, ANTIGUA AND BARBUDA

Professor Barbara Evelyn Bailey, Jamaican by birth and a Caribbean woman by disposition, has distinguished herself as an educator and as an advocate of gender equality and equity in the Caribbean Community and beyond. She has done so primarily through her teaching and research at the University of the West Indies and through unstinting public service at both national and regional levels. Her service to her country and the region and in particular, women’s empowerment has been undertaken not only within the confines of academia, and the public service but extended its reach to the community level, where as a committed Christian woman, she ensured that her skills and talents in the area of advocacy and women’s empowerment were made available for use in the service of the Church at national, regional and international levels.

This eminent scholar reached the pinnacle of her academic career in 2003, when she was appointed Professor, Gender & Education, having served as University Director of the Regional Coordinating Unit of the Centre for Gender & Development Studies, University of the West Indies from 1995. Professor Bailey received her academic training at the University College of the West Indies, and later at the University of the West Indies, where she read for Bachelor of Science Degrees in Botany & Zoology, and Medical Microbiology and Masters and Doctoral degrees in Education. She has served her Alma Mater with distinction in several capacities over the past twenty-eight years.

Professor Bailey is a prolific researcher and writer. She has authored and edited numerous books and articles in refereed journals and has presented papers at several academic conferences and policy oriented meetings. Her abiding interest in educational development within the region is reflected in her research profile, with the majority of her publications centering on issues related to gender and education. One of her most critical pieces of research is that on Gender Differentials in education which examines the underlying issues related to what is now manifested in growing gaps in participation and performance between boys and girls in education. Her work in this area aims at improving the understanding of gender and its impact on the educational process and education outputs. Her research also encompass gender based violence, gender disparities within the CARICOM Single Market and Economy (CSME), micro enterprise development, gender ideology and pedagogy including feminist pedagogical theory.

Professor Bailey’s tireless research efforts have served to provide sound policy advice to the Government of Jamaica as well as to the Region on matters related to gender and women’s rights. She has represented the Government of Jamaica at regional and international conferences since 1985 when the United Nations World Conference to Review the Achievements of the United Nations Decade for Women, was held in Nairobi, Kenya, and since 2004, has chaired the National Gender Advisory Committee, mandated to develop a strategic and comprehensive policy for achieving gender equality and social justice and provide direction, coordination, integration and monitoring of gender mainstreaming activities of the Government of Jamaica. She was appointed the representative to the Meeting of the Committee of Experts on Violence (CEVI) of the Inter-American Commission of Women, Organization of American States, July 2007 in Buenos Aires, Argentina.

Professor Bailey has given yeoman service to the Region and has been integrally involved in the work of the Council for Human and Social Development (COHSOD). She has served in an advisory capacity on the Regional Advisory Committee on Gender and Development, a Task Force co-chaired by CARICOM and UNIFEM, and also as a Member of the CARICOM Task Force on Gender Mainstreaming. The Region has benefitted from Professor Bailey’s expertise as she served as consultant to several CARICOM led projects and activities such as Consultant to Caribbean Community (CARICOM) Secretariat at the Twenty-Third Special Session of the General Assembly entitled Women 2000: gender equality, development and peace for the twenty-first century, United Nations Headquarters, New York, June 2000, and Consultant to Caribbean Community (CARICOM) Secretariat at the Eighth Session of the Regional Conference on Women in Latin America and the Caribbean, Lima, Peru. She has also made significant contribution to capacity building of the Gender Bureau throughout the Region.

The work that Barbara Evelyn Bailey has undertaken and has pursued so passionately, has in no small way assisted Caribbean countries to achieve national and international development goals including their commitments to the Convention for the Elimination of Discrimination Against Women (CEDAW), the Convention on the Rights of the Child (CRC) and the Millennium Development Goals, especially promoting gender equality and the empowerment of women. She joins a group of select women who have made significant contributions at the national and regional level in various fields of endeavour that have impacted positively on the social and economic development of the Community.

When Professor Bailey’s achievements are considered against the background of the challenges that many women face in combining their productive, reproductive and community management roles, her contribution looms even larger. Over the years, she has managed to combine her role as a Methodist Minister’s wife; caregiver; mother of six children and grandmother of five with an amazing and fulfilling career in the service of the Community.

For her outstanding contribution in the field of women and development, it is fitting that the Caribbean Community now invites Professor Barbara Evelyn Bailey to accept the Ninth Triennial Award for Women.