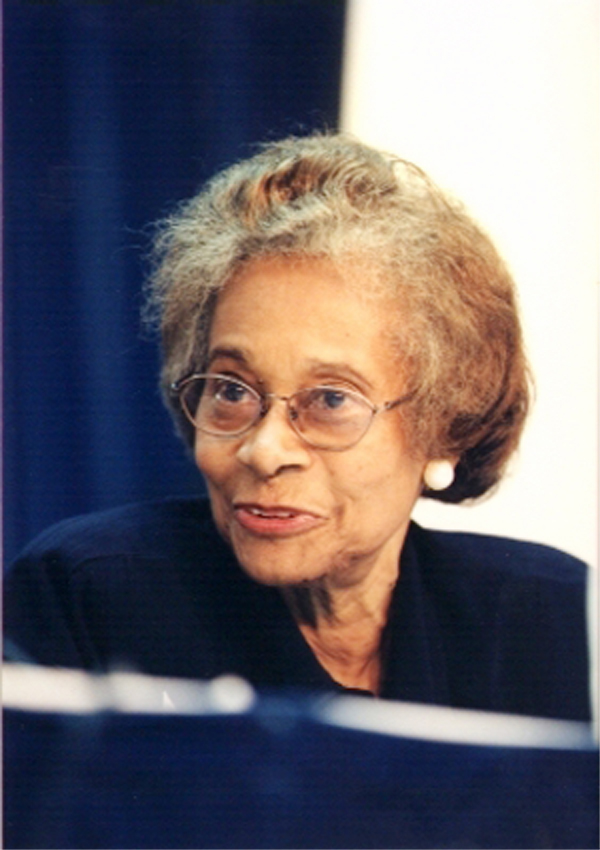 Dr. Lucille Mathurin Mair is undoubtedly a Caribbean citizen of great intellectual stature and high international repute and of whom all the Caribbean is proud. For her outstanding service as a diplomat, scholar and women’s rights activist she was accorded the highly deserved honour of fifth recipient of the CARICOM Triennial Award in 1996.

In response to her career urgings, Dr. Mair left her country of birth, Jamaica, to pursue a degree in History at the London University from which she graduated with Honours. On return to the Caribbean she obtained a Ph. D in History at the University of he West Indies. Dr. Mair has had a long and rewarding association with the UWI serving as Lecturer, first Warden of the Women’s Hall of Residence and in her post retirement years as the first head of its Women and Development Programme. She was instrumental in the establishment and success of this programme.
Dr. Mair has been hailed as a highly esteemed international diplomatic figure serving prestigiously as Assistant Secretary-General in the office of the United Nations Secretary in 1979, from which she performed with distinction the role of Secretary-General of the World Conference on the United Nations Decade for Women in 1980. The admirable record of international service of her career includes appointment as the Secretary-General’s Advisor to UNICEF on Women’s Development and Secretary-General of the United Nations Conference on Palestine from 1982 to 1987.

Dr. Mair’s service at the national level was no less distinctive. The Jamaican government sought her expertise for guidance on developing policies, measures and programmes intended to advance the status of its women and to integrate them fully in the process of development. She functioned as a public servant in several positions, as first Advisor on Women’s Affairs and head of the Jamaican Information Service in 1974 and a Deputy Head of Jamaica’s Permanent Mission to the United Nations in 1975. Dr. Mair was subsequently appointed as Jamaica’s Ambassador to Cuba. In a second round of service to the Jamaica government, she was appointed a Senator and Minister of State in the Ministry of Foreign Affairs and in 1992 was appointed to the substantive post of Permanent Representative for Jamaica to the United Nations. In spite of her rigorous diplomatic and other professional engagements Dr. Mair, remarkably, was able to serve as member of or representative on several international and regional boards and committees including the Board of Governors of the International Development Research Council in Canada, the Population Council (U.S.A.) and the International Conference on Apartheid in Nigeria. She worked with diligence to impact in positive ways the lives of women in the Caribbean as a regional coordinator of the Women and Development Studies Unit (WAND) of the UWI. Her career of committed service and extraordinary achievements in the realms of diplomacy, development and women’s advancement won her local, regional and international recognition. Among the awards she received is the OAS Women of Distinction Award in 1987 and the national honours of Commander of the Order of Distinction and the Order of Jamaica. She has the remarkable distinction of being conferred Honorary Doctorates from three universities, the University of the West Indies, the University of Florida and the University of Ulster in Ireland.

Dr. Mair has produced many publications. The breadth and diversity of her work has served to widen the scope of actions targeting women and their advancement in the Region.