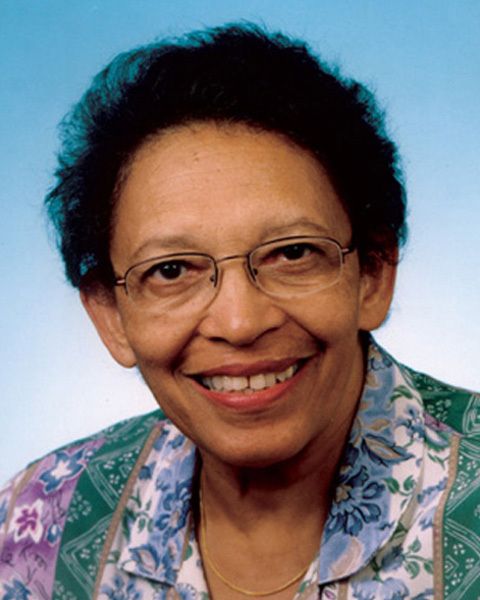 Dr. Peggy Antrobus, third recipient of the CARICOM Triennial Award in 1990, has a true Caribbean cross-national identity. She was born in Grenada, acquired citizenship of St. Vincent and the Grenadines and now resides in Barbados. Her vast and much recognized work and contributions in the area of women’s affairs has earned her respect, admiration and acclaim both regionally and internationally. In preparation for a lifetime of service to the region that can, at the least, be described as illustrious and exceptional, Dr. Antrobus pursued studies in Economics at the Bristol University in the United Kingdom and in Social Work at the Birmingham University. Her Ph. D in Education was obtained from the University of Massachusetts.

The multifaceted and distinguished career record of Dr. Antrobus tells of a legendary advocate for women’s development whose wide ranging professional endeavours and experiences have been used to positively influence the course of women’s development in the Caribbean. Following a stint of service at the Jamaica Ministry of Finance in 1958, Dr. Antrobus assumed office as an Assistant Registrar at UWI, later transferring to academia as lecturer in economics, sociology and social work, contributing to the university’s academic prestige. Her career path led her to serve in multiple capacities within the Region and internationally with appointments which include: Chief Community Development Officer for St. Vincent (1969-1970), Director, Women’s Bureau, Office of the Prime Minister, Jamaica (1974-1977), Secretary, Caribbean Coordinating Committee on Women’s Affairs (1977-78), Tutor-Coordinator, Women and Development Unit (WAND) UWI at Cave Hill (1978-1995). Consultant to UNIFEM (1998-99), Co-sponsor with Centre of Concern, Washington D.C for Strategic Planning Seminar on Gender and Trade (1998-2000). Several international agencies including CIDA, UNDP, UNIFEM benefited from her expert knowledge as a consultant.

As a member of numerous boards, advisory and steering committees among which are the International Women’s Tribune Centre, U.S.A. the Global Fund for Women, U.S.A., the Grenada Education and Development Programme, Meridians, a new inter-disciplinary feminist journal in the USA, the Structural Adjustment Review Initiative Network (SAPRIN) Washington D.C. she shared her expertise and worked diligently to serve the interests of women and the region.

Through her service and enthusiastic leadership she forged new territory for women as an instrumental founding member of the Caribbean Association of Feminist Action and Research (CAFRA) and Development Alternatives with Women for a New Era (DAWN). She contributed to the vitality of DAWN functioning as its General Coordinator from 1990 – 1996. She has written and published extensively on issues pertinent to the role of women and their development.

The CARICOM Triennial Award is among several prestigious honours and awards bestowed on this extraordinary Caribbean woman. A select few are the Distinguished Service Award from the UWI Guild of Graduates for outstanding contributions to the development of women in the Caribbean and for commitment to Third World Feminism in 1990; the “Women Who Dared Award” from the national Black Women’s Health Project in 1993; the UNIFEM Anniversary Award “for extraordinary commitment to the world’s women” 1995 and the UWI 50th Anniversary Award “For Contribution to the Work of the University” 1998.