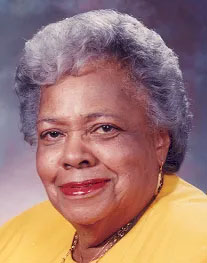 In any consideration of exceptional women of the Caribbean, the name Dame Nita Barrow, second recipient of the CARICOM Triennial Award, assumes much significance. A distinguished and highly celebrated Caribbean citizen, the late Dame Ruth Nita Barrow gave extraordinary service to Barbados, her country of birth, and the region as a whole and is revered as one of the outstanding regional leaders of all time.

Dame Nita Barrow’s calling to service in the health care field commenced with a career in nursing, one of the few options open to young women in her time. From nursing to health care administration she progressed to a remarkable and illustrious career in Public Health and Heath Education which transported her into the spotlight of the international arena. Her appointment in 1964 as Nursing Adviser to the World Health Organisation (WHO) and subsequently to the Pan American Health Organisation (PAHO) availed her the wonderful opportunity to serve the Region she loved as principal adviser to sixteen Caribbean governments and sparked off a long productive career in the UN System. Dame Barrow was recognized internationally as an authority on Public Health and Health Education, producing several publications on issues pertaining to health care. The scholastic career of this eminent daughter of the Caribbean included graduate degrees from the University of Toronto and the University of Edinborough.

A strong Christian and daughter of an Anglican Priest, Dame Barrow lived a spiritually anchored life, pursuing the provision of adequate health care out of her deep concern for the welfare of humanity. She was appointed Director of the Christian Medical Commission on the World Council of Churches in 1975. Dame Barrow is acclaimed for her active involvement in and strong advocacy for women’s rights, particularly the right to adequate health care. Through service within the United Nations and other engagements of her international career she consistently represented the condition of women and disadvantaged groups with the hope of alleviating manifestations of poverty in their daily lives. Participation in activities to mark the UN Decade for Women and her appointment as Director of the Global Forum for Women generated further opportunities for Dame Barrow to advocate and provide leadership in the interest of women.

Dame Nita Barrow earned a stellar reputation in her career in the diplomatic community. From 1986 – 1990 she functioned as Ambassador and Permanent Representative of Barbados to the UN, a prelude to her appointment as Governor-General of Barbados from 1990 –1995. Dame Barrow’s life of dedicated service accorded her the honour of representation on numerous international bodies including several UN Groupings on the Environment and as a Member of the Earth Council. In recognition of her life of exemplary leadership and service to the region’s women and its peoples in general Dame Barrow has the distinction of being the first Caribbean woman to be accorded membership of the Order of the Caribbean Community in 1994. Other awards deservedly granted in the service of others include the Caribbean Prize for Peace Through Struggle For Justice in 1986. She was honoured as Dame of St. Andrew and Dame Grand Cross of the Most Distinguished Order of St. Michael and St. George.