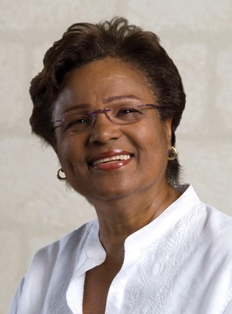 CITATION FOR THE AWARD Of THE ORDER OF THE CARIBBEAN COMMUNITY (OCC) TO DAME BILLIE MILLER D.A., BCH, LL.D (Hon), AMBASSADOR EXTRAORDINARY AND PLENIPOTENTIARY

A Life Dedicated to Service

Today we have the pleasure of honouring one of the most distinguished daughters of the Caribbean, Dame Billie Miller of Barbados, who has lived a life of dedicated service to the people of the Caribbean, and who has been a trailblazer in the fight for the rights of women all over the world.

Billie, as she is affectionately and universally known, was born on January 8th 1944 into an eminent Barbadian family. Her father, Fredrick ‘Freddie’ Miller, was repeatedly elected, as a member of the Barbados Labour Party, to the Parliament of Barbados from 1948 to 1966, and served as Minister of Health during his tenure. Billie grew up in her family home in Brighton, St. Michael

She was educated at Belair Junior School and Queen’s College, Barbados, and went on to study law at King’s College, then in Newcastle, and the Council of Legal Education in England.

A few of her illustrious achievements:

Her list of honours and awards, both national and international, is also a lengthy one.

Dame Billie has been passionate about many things all her life: her beloved Bridgetown, serving the people of Barbados, promoting a robust role for NGOs in making lives better, advancing the cause of regional integration and unity, and fighting for the rights of small island states in the international arena.

She has been not only outspoken and unrelenting in her advocacy, but has also taken the time to encourage and mentor many young women, including the present Prime Minister of Barbados, the Hon. Mia Mottley, Q.C., M.P. In this case, her mentorship has obviously borne precious fruit.