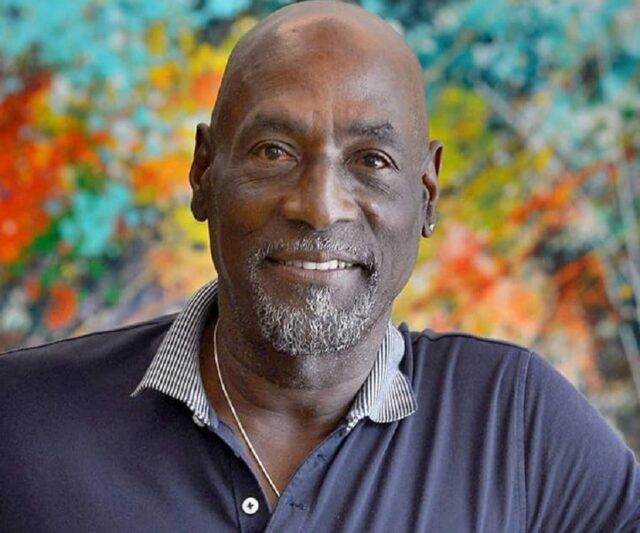 Sir Isaac Vivian Alexander Richards is a national of Antigua and Barbuda. He was born on March 7 1952 and raised in Ovals. He comes from a working class community on the southern side of the capital city St. John’s, which produced several national cricketers and footballers before him.

Sir Vivian – known in Antigua as ‘Vivi’ – is from a family of four boys. His father, Malcolm, is a prison officer who played football and cricket at national levels. His mother, Gretel, a church-going stay-at-home mom has been described as the ‘pacifier’ of the family.  Sir Vivian is father of four wonderful kids: Mali, Matara, Masaba and Nikka.

He was educated at the St. John’s Boys Primary School and the prestigious Antigua Grammar School, which contributed to his sport life and his discipline character development.

In 1974, he was selected into the West Indies team and within 2 years became a very important player for the West Indies. Between 1984 and 1991, Sir Vivian captained the West Indian cricket team and, led the team to twenty-seven victories. He remains the only West Indies captain to have never lost a Test series.

Sports writers compete to describe his approach to batting – scouring the dictionary to find the most illustrative and descriptive words. Those who were excited by his power sprinkled cricket literature with words like – awesome, ballistic, brutal, carnage, dismantling, devastating, ferocious, imperious, insane, intimidating, lethal. Those who saw beauty and art wrote – arrogance, clinical, flamboyant, grace, mastery, swagger. Those who saw both beauty and power described his batting as ‘calculated menace and magnificent theatre.’ The more adventurous – unafraid of hyperbole – wrote of him bestriding ‘the cricketing world like the proverbial colossus’ or living ‘beyond the boundary of the orthodox’. All were aware of his self- confidence and fearlessness, noting that although he played against some of the most intimidating and fearsome fast bowlers that the cricketing world has known, he never wore a batting helmet.

Sir Vivian understood and emphasized that ‘cricket is more than a sport’. He saw it as ‘a political and social process’ capable of uniting the Caribbean region. He understood deeply what the success of cricket meant to the West Indies, and as a player he played the game with pride and intensity, that at times led to criticism of his leadership style.

Sir Vivian saw cricket as a Caribbean contribution to the international struggle against racism and white supremacy. His Afro-Caribbean socio-political sensibilities blossomed through identification with Rastafarianism and the Black Power movement into Pan-African thought and consciousness. An open cheque could not entice him to play cricket in apartheid South Africa. He considers his rejection of the million US dollar offer as ‘the greatest innings he ever played.’ It earned him regional and international respect in which he still basks.

He has written ‘I would like to think that I carried my bat for the liberation of African and other oppressed people everywhere’.