Mr. Devon Rowe, a national of Jamaica and former Financial Secretary in that country, has been appointed new Executive Director of the Caribbean Centre for Development Administration (CARICAD).

Mr. Rowe is a seasoned finance professional with a Master’s degree in Public Administration and has over two decades of leadership experience in the public sector. He will assume duties as CARICAD’s fourth Executive Director on September 12, 2016 and has been charged by the Board of Directors with charting a strategic direction for the Centre to ensure its continued relevance to and support for its Member States in the changing environment.

The appointment of a new Executive Director was among items on the packed agenda of the two-day meeting of the Thirty-Fourth Regular Meeting of the Board of Directors of CARICAD which was held on July 28-29 in Georgetown, Guyana.  The meeting was well attended with fourteen of CARICAD’s seventeen Member States represented.

At the opening ceremony that preceded the business sessions of the Meeting, members of the Board were addressed by the Prime Minister of Guyana, Honourable Mr. Moses Nagamootoo. In welcoming delegates, Prime Minister Nagamootoo noted the contributions that the Centre had made to Guyana over the years.  These included capacity-building in the Guyana Water Inc. and Guyana Post Office Corporation, Training of Border Officials and Strategic Planning for the Civil Defence Commission (Guyana’s National Disaster Preparedness and Response agency).  The Prime Minister charged delegates to consider how CARICAD could tangibly contribute to enhancing the professionalization of public servants who would faithfully serve governments of the day.

Interim Executive Director, Mr. Andre Griffith traced the evolution of the Centre from its conception by regional leaders in the late 1960’s to its eventual establishment in 1979 and highlighted the contribution it had made to regional integration in recent years, especially in relation to Freedom of Movement under the CARICOM Single Market and Economy (CSME).

CARICAD was established by an intergovernmental agreement in 1979 with the general objective of “rendering of assistance to the countries of the Caribbean area for the purpose of improving their administrative capability to accelerate their social and economic development”. (CARICAD Press Release) 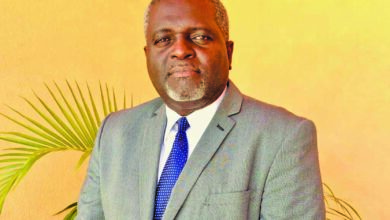 Remarks by the CARICAD Executive Director on the Observance of Public Service Day, Tuesday, June 23rd, 2020

Guyana to host 34th CARICAD Board of Directors meeting