The CARICOM Election Observation Mission to the 5 June 2020 General Elections in St. Kitts and Nevis has concluded that the results of the elections reflect the will of the people.

The Mission, in a Preliminary Statement, said its assessment of the Election Day activities was that the voters were able to cast their ballots without intimidation or fear.

The three-member Mission, led by Mr Gasper James of Saint Lucia, met with a cross section of stakeholders prior to the elections, and on polling day visited 94 polling stations on both St. Kitts and Nevis.

The CARICOM Election Observation Mission, at the invitation of Dr. the Honourable Timothy Harris, Prime Minister of the Federation of St. Kitts and Nevis, observed the General Elections held on 5 June 2020.  Constituted at short notice, the small team of three observers arrived two days before the elections.  The team members were tested on arrival for COVID-19 and protective measures taken.

On the day prior to the elections the mission met with a cross-section of stakeholders including the Supervisor of Elections, the Commissioner of Police, representatives of political parties and members of civil society and non-governmental organisations.

On polling day, the team visited ninety-four (94) polling stations across ten (10) of the eleven (11) constituencies: seven (7) in St. Kitts and three (3) in Nevis. The Mission monitored the day’s activities by observing the opening of the poll, the voting process, the closing of the poll and the counting of ballots.

No major concerns were observed.

Adequate security was in place at all locations with the Officers displaying a very professional approach which contributed to the level of calm which accompanied the day’s activities.  The turnout was heavy in the morning with a lull by midday and a steady flow of voters later in the afternoon. The poll workers remained diligent and steadily carried out the required procedures ensuring that all electors who turned out were able to register their vote.

The Mission observed that adequate health measures to protect voters against the COVID-19 pandemic were enforced at all the stations visited.  All polling stations were equipped with additional face masks.

The Mission’s assessment of the Election Day activities is that the voters were able to cast their ballots without intimidation or fear and that the results of the 5 June 2020 General Elections reflect the will of the people of the Federation of St. Kitts and Nevis.  The preliminary results indicate that Team Unity has won nine (9) of the eleven (11) seats.

The Mission congratulates the staff of the Electoral Office, the poll workers, the political parties and all candidates, the security forces and the people of St. Kitts and Nevis for the mature way in which the Elections were conducted and the high level of discipline displayed throughout the process.

The Mission will prepare a full report for submission to the Secretary-General of the Caribbean Community (CARICOM), His Excellency Irwin LaRocque, which will include among others a recommendation on the need for the Presiding Officers to undertake the preliminary count at the polling stations at the close of the poll and to prepare a statement of the poll thereafter in an effort to reduce the length of time it takes to declare the results so that this can be done within a reasonable amount of time.

The CARICOM Election Observation Mission wishes to thank all of the stakeholders, including the Leaders of the Political Parties, Civil Society, the Media and the People of the Federation of St. Kitts and Nevis for their warm welcome and cooperation which contributed to the success of the Mission. 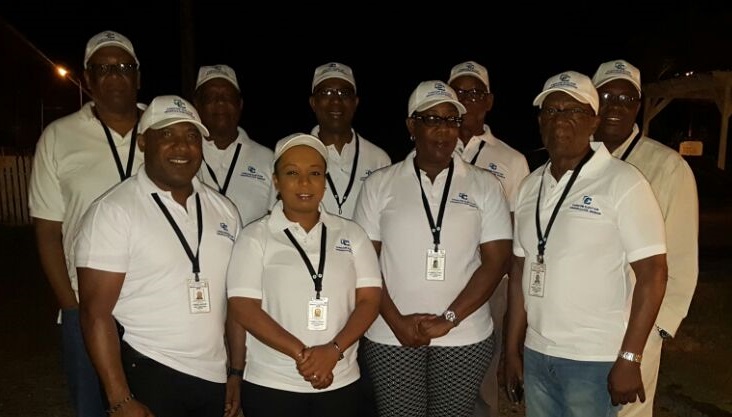