Remarks by Dr Ralph E Gonsalves, Prime Minister of St. Vincent and the Grenadines and Outgoing Chairman of the Caribbean Community (CARICOM)

My dear friend Keith’s and Secretary-General and colleagues.

I want to begin first by adopting every single word that the Secretary General has just spoken and to call those words my own. Therefore, I don’t want to retrace any of the territory which he has traversed.

I just want to say additionally, that in the six months – between July and December – of my chairmanship, the issues which the new chairman is grappling with are some of the same ones, relating to interfacing  with the outside world on a number of issues,  and the international financial institution; all of the various representations which we have had to make;  and the work  which we have had to do through all the various Prime Ministerial subcommittees. And these are matters which are coming before the Conference.

I want to say how distressed I was to learn in the news media that the European Commission has placed the Commonwealth of  Dominica on the list of jurisdictions which are non-cooperative for tax purposes. It is a terrible thing during this time. Barbados has had to endure that.  I noticed that Barbados is at least off the list for the time being until their review is completed. But we have to say something about this matter at this Conference. We are not involved at all. There’s no inclusive process with the European Commission and yet they simply use their power to declare another country a non-cooperative jurisdiction, even if that country satisfies all inclusive processes of the OECD or the FATF. And for it to be done at the time of the pandemic is just really awful.   We see them as we are friends, but yet they behave like this towards us. I think we have to say something about this.

The juncture where we are at now, it’s really about two things fundamentally.  Jabs and Jobs.

The jobs will come from the uptake of the economy, to the extent that we get any of it going, and there are proposals before us for strengthening the CSME – proposals in relation to the CARICOM Commission on the Economy and the initiatives in tourism and in agriculture.

But immediately we have to address this issue of jobs. But jobs are really going to come back in a large sense when all the countries in the world – our source markets particularly for tourism – that these countries are vaccinated and we are also vaccinated and other countries across the world. That is a big issue before us and there’s a lot of information in the conference documents,  and CARPHA has done a lot of good preparation.

I want to thank the Regional Institutions – CARPHA, the RSS, Impacts, the Institute of Hydrology and Meteorology – at the time when we had the residue of the drought – and University West Indies for also assisting.

Basically, what we are about is what Prime Minister Rowley had said at the very beginning of this whole pandemic, that strengthening CARICOM is really the best antidote to COVID-19. It was so then when he proclaimed it. It is still so today.

And I look forward very much for the deliberations of this Conference. 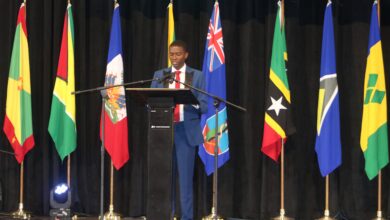 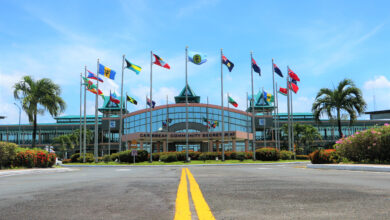 Statement on CAUCUS of CARICOM Heads of Government, Wednesday 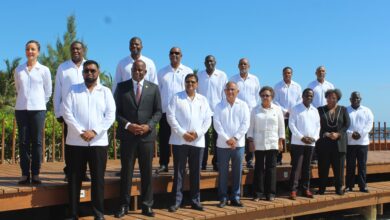