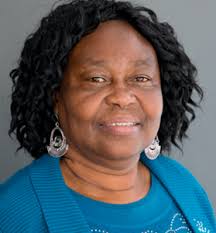 Ms. Shirley Pryce, a veteran advocate for Domestic workers right, motivational speaker and an “example of women’s empowerment”, joins the rank of some of the Caribbean’s most excellent and exemplary, courageous, committed and creative women. She is the recipient of the Twelfth Triennial Award for Women and, understandably, the conferral, is one of the signal highlights of the livestreamed, official opening of the Thirty-Eighth Meeting of the CARICOM Heads of Government, taking place in Grenada from 4-7 July 2017.

Internationally , she is an elected Board Member of the Association  for Women’s Rights in Development (AWID) and a member of the  Caribbean Advisory Group to the United Nations Women and Gender Issues.

In her capacity as President of the Caribbean Domestic Workers Network, she has created awareness and sensitised policy makers  to the ILO Convention (No. 189); advocating for its ratification. In this context, in 2013, Guyana became the ninth country and the first in the Caribbean  to do so. This Convention and its accompanying Recommendation (No201), both adopted in 2011, guarantee minimum labour protections to Domestic workers. Being the first international labour standards specifically devoted to Domestic workers, they bring these workers under the umbrella of labour law. (ILO, 2013).

Ms. Pryce’s work  and programmes in Jamaica and the wider Caribbean supported by international Development partners (IDPs) including the ILO, UN Women, the Federick Stiftung (FES), have addressed  Domestic workers in the areas of capacity building, advocacy, economic empowerment,, labour and gender-based violence.

She has worked along with the Caribbean Policy Development Centre in Barbados in several Caribbean islands to educate Domestic workers on how to access employment and other opportunities through the CARICOM Single Market and Economy.

She was  also part of the Jamaica Non-Governmental Organisation team that wrote and presented the alternate report on the Convention on Elimination of all forms of Discrimination against Women (CEDAW) at the United Nations.

Ms. Pryce’s journey has been a long  one of   political commitment for women’s human and civil rights  and for making gender democracy a reality.  Along the way  this untiring champion, ever committed to  the pursuit of excellence and growth, achieved in 2011 a Bachelor’s Degree in Social Work from the Jamaica Theological Seminary; and in 2016 An Advanced Masters’ Degree  in Labour Law and Global Workers’ Rights from the , Pennsylvania State University, USA.

She is the recipient of several awards including the Badge of Honour for meritorious service to Jamaica (2006), First Caribbean Bank Unsung Heroes Award ( 2007); and the  Order  of Distinction (Jamaica) for outstanding contribution in working  with Domestic workers in the Caribbean (2015); and the Bureau of Women’s Affairs Award for outstanding contribution to initiative focused on sensitizing the public on gender-based violence in Jamaica.

The Caribbean Community celebrates  this  distinguished daughter  and   is pleased to formally record her footprints in the annals of Caribbean integration.