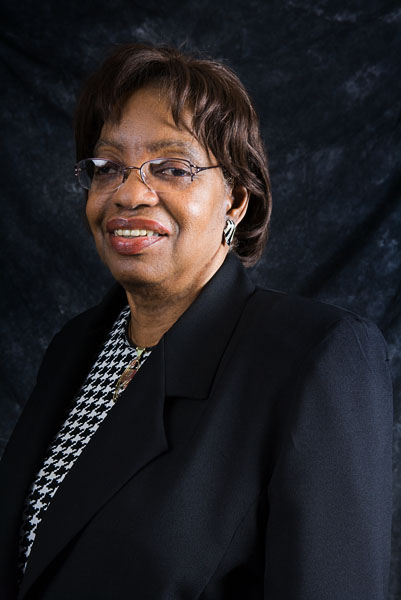 The Honourable Madam Justice Desiree Bernard, the first female judge of the Caribbean Court of Justice was conferred with the honour of the eighth CARICOM Triennial Award for Women. A lawyer by profession, she began her career in 1963 when she attained a Bachelor of Laws Degree from the University of London. By 1964 she was a qualified Solicitor and practiced in the Guyana Law Courts until 1980, when she was appointed the first female judge in the High Court of the Supreme Court of Guyana, where she had practiced since 1965.

Her illustrious career has been studded with appointments to distinguished posts, nationally, regionally. She has served as a member of the United Nations Committee on the Elimination of Discrimination Against Women (CEDAW), the International Association of Women Judges and as Vice President of the International Federation of Women Lawyers. Regionally – a member of the Caribbean Council of Legal Education, President of the Organisation of the Commonwealth Caribbean Bar Associations.

She has been at the forefront in the formation of the Caribbean Women’s Association, the Georgetown Toastmistress Club, the Conference on the Affairs and Status of Women in Guyana (CASWIG), Guyana Consumer’s Association and the Guyana Association of Women Lawyers.

In the area of volunteerism, the Hon. Madam Justice Bernard’s excellence continued which is evidenced in her accession to the positions in the religious, education and movements for the young. She was the first female Chancellor of the Anglican Diocese of Guyana (and the first in the Province of the West Indies) as well as a member of the Guyana Girl Guides Association’s Board of Trustees.

As further testimony of her ability, she has penned papers on gender and legal issues such as “The Domestic Application of International Human Rights Norms as it Affects Women”, “Judicial Activism in Promoting the Human Rights of Women” and “Confronting Gender-Based Violence in the Caribbean”. This latest paper will be included in a forthcoming publication edited by Prof. Kenneth Hall and Myrtle Chuck-A-Sang, titled The Caribbean Integration Process, A People Centred Approach. These articles by the Hon. Madam Justice Bernard are among more than twenty scholarly pieces.

Her nine awards, include the Medal of Service from the Caribbean Women’s Association and the Order of Roraima of Guyana, the second highest national award of Guyana and now, the 2005 CARICOM Triennial Award for Women.

The Honourable Madam Justice Desiree Bernard is truly an icon in her time, a model of her profession and an outstanding Caribbean woman.