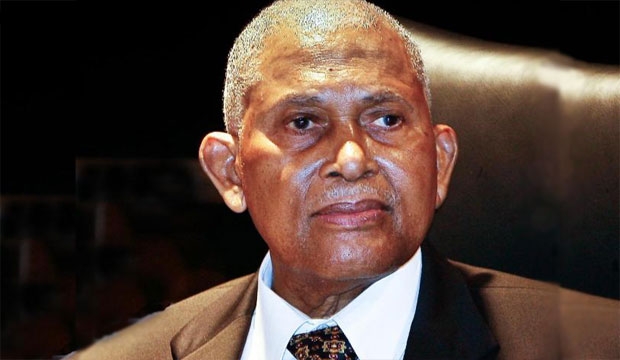 H.E. Arthur Napoleon Raymond Robinson (ANR) former Prime Minister and President of Trinidad and Tobago is among the select group of outstanding Caribbean leaders to carry with pride the title of OCC, which was conferred on him in 1998.

He is revered as one of Trinidad’s outstanding political leaders whose vision and dream was for the political emancipation of his people from the grips of colonialism and their social and economic well being. For this, ANR fought throughout his political career which evolved from his membership of the People’s National Movement, under which Trinidad and Tobago proclaimed political independence in 1962.

ANR was Deputy Political Leader, Minister of Finance, Minister of External Affairs under the People’s National Movement (PNM) Government. His political career encompassed participation as First Chairman of the Tobago House of Assembly, and on his return to politics in 1986, as Leader of the National Alliance for Reconstruction (NAR).

Victory at national elections secured for him the position of Prime Minister which he held until 1991. He continued to serve as a Member of Parliament and became President of the Republic of Trinidad and Tobago in 1997.

His contribution to the Caribbean Region began with his involvement in the Federal Parliament of the West Indies Federation as Parliament Representative for Tobago.

Since then, ANR has been a vocal supporter of the regional movement and has at various regional fora presented strong positions on the need for deepening the process of integration and for the greater involvement of the people of the Region in the movement.