Statement on the Passing of Owen Seymour Arthur, former Prime Minister of Barbados

Dr. the Hon. Ralph E. Gonsalves, Prime Minister of St. Vincent and the Grenadines and Chairman of the Caribbean Community (CARICOM)

Owen Seymour Arthur, the distinguished former Prime Minister of Barbados, a titan of regional integration, and a most esteemed son of our Caribbean civilisation, passed away in the early minutes, today, July 27th, at the Queen Elizabeth Hospital, Barbados. He was 70 years old.

Our Caribbean, our hemisphere, and our world have lost a statesman and intellect of the highest quality. We shall miss him.  I shall miss my dear friend, Owen, a progressive soul who applied his heart to wisdom.  I am personally enveloped in profound sadness, grief, and pain at his death, yet full of fond and uplifting memories of him.  It is only one month ago, to the day, that we were together in a Zoom meeting on LIAT; he was there as Chairman of LIAT’s Board of Directors, an assignment which he had assumed with much energy, realism, and hopefulness.

Owen Arthur, as head of the Barbados Labour Party (BLP), led Barbados as Prime Minister for an unprecedented three consecutive terms from 1994 to 2008; he was the long-standing member of Parliament for his beloved constituency of St. Peter for 29 years, from 1984 to 2013.

Owen Arthur was the chief architect, advocate, and intellectual guide of the CARICOM Single Market and Economy (CSME). He was deeply committed to making our union in the Caribbean more perfect, the best practicable institutional political and economic expression of our Caribbean civilisation.  We owe him an immense debt of gratitude.

Fittingly, after he demitted active politics, the University of the West Indies, of which he was an outstanding graduate, conferred upon him the title and role of Professor of Practice: Economics of Development, as a scholar in residence at its Cave Hill campus.  Owen Arthur was a top-notch student and contributor to the history of ideas and economic thought in our Caribbean. He was possessed of a towering intellect and a masterful use of language which he deployed in his economic and political praxis.

Owen Arthur was a true Caribbean man with a deeply-rooted Barbadianness, steeped in our culture and way of life, devoted always to the further ennoblement of our Caribbean civilisation, while at the same time learning from the universalism and well-springs of world civilisations.  He loved our Caribbean and its manifestations in cricket, dominoes, food, music, literature, poetry, and joyous living. He loved our people and strove to make their lives better.  He came from humble beginnings and retained the humility and unfussiness of the folk from which he sprung.  He was a devoted family man.

Prior to his brief hospitalisation, he was deeply agitated about the imminent threat to democracy in Guyana; and he reserved some of his finest and most biting barbs against those in that CARICOM member-state who, without right reason or principle, verbally abused Mia Mottley and me because of our stance in defence of free and fair elections.

Owen has gone to meet his glorious ancestors. He was among the best of our generation. I feel certain that our mutual friend, Patrick Manning, former Prime Minister of Trinidad and Tobago will great him in Beulah land. May he rest in peace. 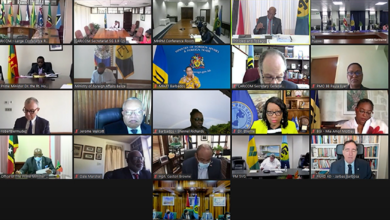 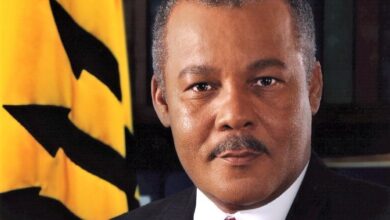 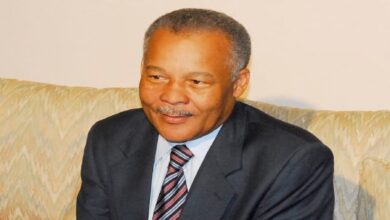