In the approximately seven months since implementation commenced, the project has yielded an assessment of risks factors, threats for violence, protective factors and school bonding factors in the pilot schools in the selected Member States. To date, five hundred and twenty students have been surveyed and have also participated in various focus group discussions. With the majority of them between the ages of  11 – 16 (90%), many were victims of bullying, classroom theft and robbery by other students.

Information from the survey  revealed that violence in schools was related to gangs moving in to  the schools and communities (27%); easy access to drugs and guns (14.8%); lack of positive activities (13.2%); among other factors. The challenges being faced in the schools and communities were very similar across states and, in many cases, pointed to issues that had to do with boredom in school; poor conflict resolution skills and a general lack of discipline. According to the students surveyed, strategies to reduce violence in schools should include mentoring programmes for student (18%); gang prevention programmes (14.6%); parenting training (13.1%) as well as police presence (25%). To date, five schools have been engaged, the smallest with a population of four hundred students.

No doubt crime and insecurity remains one of the principal obstacles to social and economic development in the Caribbean Region.   Conservative estimates place annual direct expenditure on youth-related crime and violence in five  CARICOM States between 2.8 per cent and 4 per cent of GDP. (Chaaban, 2009).

Last July 2014, CARICOM Heads of Government approved its Community Strategic Plan for the next five years (2015-2019). That plan identified six strategic priorities; and Deepening Crime Prevention  Initiatives and Programmes  is an area of focus in  the strategic priority of  Building the  Social Resilience of the Community. 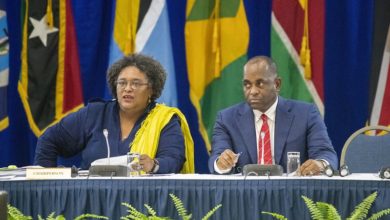