The Twenty-Fifth Meeting of the Council for Foreign and Community Relations (COFCOR) of the Caribbean Community (CARICOM) was held virtually on 18 May 2022, under the Chairmanship of the Honourable E.P. Chet Greene, Minister of Foreign Affairs, Immigration and Trade of Antigua and Barbuda.

Remarks were delivered by Dr. Carla Barnett, Secretary-General of the Caribbean Community; the Honourable Eamon Courtenay, Minister of Foreign Affairs, Foreign Trade and Immigration of Belize and Outgoing Chair of the COFCOR; and the Honourable E.P. Chet Greene, Minister of Foreign Affairs, Immigration and Trade of Antigua and Barbuda, the current Chair of the COFCOR.

(The Remarks are available at www.caricom.org)

The COFCOR received a presentation on a Discussion Paper aimed at evaluating the Community’s Hemispheric relations, with a view to identifying ways to strengthen and advance these relationships.  Foreign Ministers agreed on the need for a more responsive COFCOR to address and assess the ever-changing landscape of global politics  and the impact on hemispheric developments.  Ministers called for a Special Meeting of the COFCOR, dedicated to discuss the issues identified and proposals made in the Discussion Paper.

The COFCOR reiterated the importance of CARICOM’s effective participation in international fora, including through the pursuit of increased CARICOM representation at senior level in multilateral organisations.  In this regard, Foreign Ministers considered and endorsed a number of CARICOM candidatures seeking positions in the United Nations (UN), the Organisation of American States (OAS) and other international and regional organisations.   Consideration was also given to requests made by Third States for their candidatures.

The COFCOR reiterated that the Community is facing a climate emergency with grave consequences for the sustainability of lives and livelihoods in the Community.  Ministers agreed that, while the 2021 Glasgow Climate Pact addressed both ambition and the finance gap, the Pact failed to adequately address existing and mounting concerns relating to climate debt.  Foreign Ministers stressed the urgent need to raise pre-2030 ambition and accelerate action through advocacy and awareness, and called for an urgent systematic response to provide SIDS with adequate and predictable financial support, particularly for adaptation and to address loss and damage from the adverse effects of climate change.

The COFCOR agreed that in preparation for COP27, Member States should continue their coordination at the national and Community levels, as well as wide-ranging consultation and increased advocacy with stakeholders.   The COFCOR further agreed to ramp up advocacy on Climate Change within international fora in efforts to highlight the severity and to keep pressure on the major emitters.

Foreign Ministers took the opportunity to recognise the valuable contribution of the late                          Dr. Hugh Sealey, a Barbadian Specialist, for the role he played in assisting the Community on the critical issues pertaining to climate change and global warming.

Foreign Ministers agreed on the need to provide the highest political support for the United Nations (UN) initiative on ‘Financing for Development in the Era of COVID-19 and Beyond’. The COFCOR also agreed to advocate for measures aimed at enhancing policy space in Small Island Developing States (SIDS) middle-income developing countries, debt reduction to release fiscal space, as well as the expansion and redistribution of liquidity to undertake development expenditures in the current investment climate, while advancing economic and climate resilience.

Foreign Ministers called for the completion of the work being undertaken by various international and regional institutions towards the development of a Multidimensional Vulnerability Index (MVI), which should take account of the economic, social, and environmental vulnerabilities of small states to either replace or supplement the existing GDP per capita criterion used to determine access to concessional financing.

The COFCOR acknowledged the significance of building on existing relations between CARICOM and its traditional partners, while simultaneously expanding the Community’s outreach to other regions.  The COFCOR noted the progress made in the strengthening of relations with a number of Third States, sub-regional groups and non-traditional partners.

Taking into consideration, the multifaceted impact of the protracted COVID-19 pandemic on the Community. Ministers noted that the various efforts to accelerate economic recovery, and improve the public health and educational sectors, continue to be areas of priority for the Region.

With respect to relations with Africa, the COFCOR underscored the importance of continuing to build on the commitments made at the First CARICOM-Africa Summit in September 2021.  In this regard, Ministers discussed ways in which they can take advantage of the presence of Member States with representation in Africa to enhance existing relations between CARICOM Member States and the Continent.

Foreign Ministers welcomed the recent developments in the relations between CARICOM and Canada, noting in particular, that the Second Meeting of the CARICOM-Canada Foreign Ministers’ Group had mandated the establishment of a Joint Commission that will serve as a permanent mechanism to strengthen the existing CARICOM-Canada partnership. Ministers expressed hope that the long-anticipated CARICOM-Canada Summit would take place later this year.

Ministers agreed on the need to bring forward the activities in preparation for the commemoration of the Fiftieth Anniversary of CARICOM-Cuba relations on 8 December 2022, including a Special Meeting of CARICOM-Cuba Heads of Government.  Ministers noted the recent developments in the US policy towards Cuba, including the recent easing of some sanctions.  The COFCOR reiterated CARICOM’s support for the termination of the long-standing United States (US) economic, financial and commercial embargo against Cuba and agreed to continue to advocate in this regard.

Foreign Ministers welcomed the deepening of relations with Central America noting that the Fourth Summit of Heads of State and Government of CARICOM and the Central American Integration System (SICA) and the subsequent Meeting between CARICOM-SICA Foreign Ministers and served to renew the partnership and enhance the bonds of friendship.  Foreign Ministers further agreed to maintain the momentum for deeper cooperation and collaboration between the two sub-regions.

The COFCOR noted that CARICOM-US relations have been re-invigorated with a number of high level meetings  between the two sides, including the Leaders Dialogue with the US Vice President.  With regard to the Ninth Summit of the Americas scheduled to be held in in Los Angeles, USA in June 2022, the COFCOR received an update on the status of preparations and agreed that the Community would use the opportunity to advocate on issues of priority to promote a sustainable recovery, in keeping with the Summit’s theme “Building a Sustainable, Resilient, Equitable Future”.  Ministers also called for the Summit to be inclusive by ensuring the participation of all countries of the hemisphere.

Foreign Ministers emphasised the need for the reform of the United Nations Security Council. They instructed the CARICOM Permanent Representatives at the United Nations to continue to work on a broad strategy and modalities for the expansion of both categories of membership that will ensure representation of the interests of SIDS. In so doing, CARICOM will deepen its engagement with like- minded states and groups of states.

Foreign Ministers underscored the importance of the Organisation of American States  (OAS) and reiterated  the Community’s active participation in and continued support for the work of the organisation, noting in particular, CARICOM’s continuous Chairmanship of the OAS Permanent Council until 2023.

The COFCOR received an update on developments between Belize and Guatemala. The COFCOR welcomed the progress of the case, arising from Guatemala’s territorial, insular and maritime claim that is now before the International Court of Justice (ICJ).  The Meeting noted that Belize will submit its Counter-Memorial by June 2022.

The COFCOR reiterated its call on Belize, Guatemala and the OAS to respect and fully implement the Confidence Building Measures agreed under their Framework Agreement of 2005, pending a resolution of the case before the ICJ.  They further called on both countries and the OAS, to finally fulfil their commitment to design a mechanism of cooperation for the Sarstoon River.

The COFCOR commended the OAS for its key role in the process aimed at resolving the dispute, arising from Guatemala’s claims on Belize, and called on the international community to continue supporting the OAS Office in the Adjacency Zone.

The COFCOR reaffirmed unwavering support for the sovereignty, territorial integrity and security of Belize.

Foreign Ministers received an update on the developments related to the resolution of the controversy between Guyana and Venezuela.  Ministers noted that Guyana had submitted its Memorial on 8 March 2022, in accordance with the schedule set by the International Court of Justice to hear the matter concerning the validity of the Arbitral Award of 1899 and the related question of the definitive settlement of the land boundary between the two countries.

The COFCOR reiterated their full support for the ongoing judicial process that is intended to bring a peaceful and definitive end to the long-standing controversy between the two countries.

Ministers reaffirmed their firm and unwavering support for the maintenance and preservation of the sovereignty and territorial integrity of Guyana. 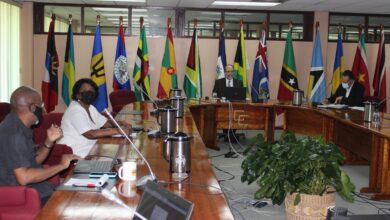 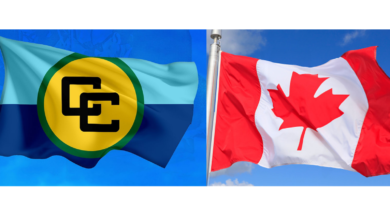 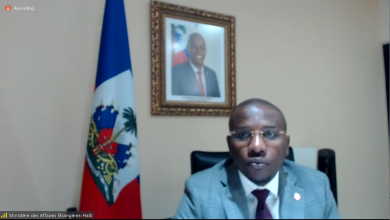