The CARICOM Private Sector Organization (CPSO) and the Caribbean Community (CARICOM), on Thursday 3 December 2020, signed a Memorandum of Understanding, which establishes the legal framework for cooperation and collaboration between the Private Sector and the Community, as mandated by the Conference of Heads of Government of the Caribbean Community. Mr. Gervase Warner, CPSO Chairman, and President and CEO of the MASSY Group, and Ambassador Irwin LaRocque, Secretary-General, CARICOM signed the MOU.

The CPSO was officially conferred the status of an Associate Institution of CARICOM on 29th October 2020, at the 41st Regular Meeting of the Conference of Heads of Government of the Caribbean Community. The MOU represents an important element of the more structured engagement envisaged between the Caribbean Community and the Private Sector, and outlines the areas of cooperation towards the full implementation of the CARICOM Single Market and Economy (CSME), recognizing that the Private Sector is well-placed to contribute positively to the CSME regimes of free movement of goods, services, labour, and capital.

CPSO Chairman, Mr. Gervase Warner in his remarks noted the great importance of the occasion, as well as highlighted the scope and coverage of the MOU. The Chairman also underscored that those charged with the responsibility for the execution/implementation of the MOU should be “thoroughly proficient in the new rules established in the MOU” in order to properly guide the course of their cooperative work.

Mr. Warner further expressed the confidence of the CPSO in the cooperation and collaboration established with the Caribbean Community: “[W]e are confident that the goodwill engendered, the cooperation fostered, and the resources applied in fulfilment of the objectives of the MOU will, we believe, set us unmistakably on the path of accelerated development of our Region, and in particular, towards the achievement of the goal of full implementation of the CSME.”

Secretary-General LaRocque also celebrated the importance of the occasion and its significance towards the consolidation of the regional integration process and the full implementation of the CSME. Ambassador LaRocque also noted that engagements with the CPSO had already started, indicating that the CPSO was already represented on a number of Committees – Mergers and Acquisition, E-Commerce, Front of Package Labelling, the Common External Tariff (CET) and Rules of Origin Review, and the Sub-Committee on the Regional Food Security Plan.

The Secretary-General praised Barbados Prime Minister Mia Mottley, the Lead Head of Government for the CSME in the CARICOM Quasi-Cabinet, for lending political weight to the CPSO’s establishment, and Chairman Warner for his perseverance in taking the process forward.

Ambassador LaRocque was pleased that the MOU gives the CPSO Observer Status at Meetings of the Community’s Organs and Bodies on matters related to the CSME. He welcomed the plan for a Joint Technical Committee, drawn from the CARICOM and CPSO Secretariats, to keep track of the work programme and report back to their respective principals.

CPSO Chairman, Gervase Warner made special mention and extended thanks to the Head of the Interim Secretariat of the CPSO, Dr. Patrick Antoine and his Team, as well as the Secretary-General and his Team for the care and diligence that resulted in the quick finalization of the text of the MOU.  Mr. Warner noted that, “the quality of this document and the quickness with which it was made ready for signature augurs well for the eventual success of the joint project of cooperation and collaboration, in the full implementation of the CSME, on which we are about to embark”. 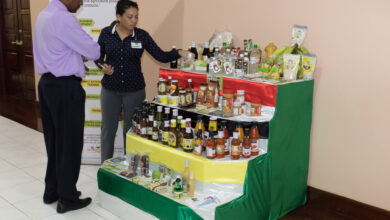 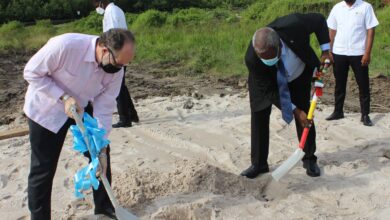 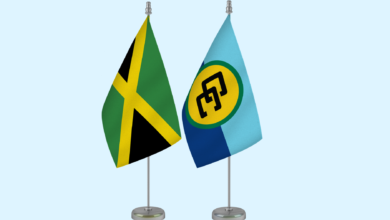 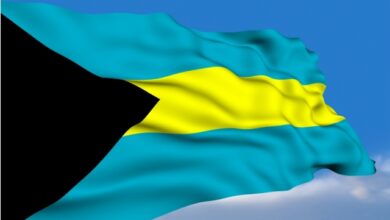