In that regard, two candidates from the Caribbean Community (CARICOM) have been nominated for the post, the incumbent Baroness Patricia Scotland and Senator the Honourable Kamina Johnson Smith, Minister of Foreign Affairs and Foreign Trade of Jamaica.

Member States of the Community will vote for the candidate of their choice. 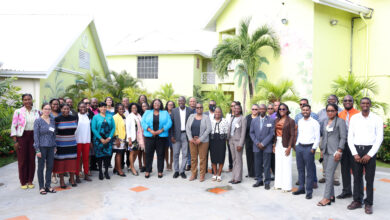