Allow me first to join previous speakers in expressing my sincere gratitude to the Government and people of Ethiopia for the warm hospitality my delegation and I have received since our arrival in this beautiful city of Addis Ababa. At home our brothers and sisters in locks dream of coming to this city.  It looms large in their imagination.

We are meeting at a moment when the world has embarked on an ambitious task of elaborating a new framework to promote sustainable development for all beyond 2015. This Conference marks the first major milestone, so to speak, in this process; and with the Addis Ababa Action Agenda we have the first of hopefully three major outcomes this year that will lead to a truly transformative post 2015 development agenda.

My presence here today is indicative of The Bahamas’ full commitment to this process of elaborating the post 2015 development agenda, and we look forward in particular to a successful outcome here in Addis – an outcome of the magnitude necessary to support the mobilisation of financial resources for the implementation of this historic new agenda.
Mr. President,

Several weeks ago, the Prime Minister of The Bahamas outlined further elements of the reform plan for a stronger Bahamas that his Government has been pursuing since the present mandate began. As a result of this plan, there have been remarkable fiscal achievements that have allowed for greater mobilisation of domestic resources toward securing a Safer, more Prosperous and Modern Bahamas.  This is because we believe our region should pay its way and not depend on aid as  the major driver of development.  In order for this to occur however, there must be a level playing field and the rules of the game must be set, not changed every time the developed world believes that the developing world  obtains a trade advantage new rules are dictated and imposed without consultation.

His Holiness the Pope Francis is even now reminding us that economics must have a moral component and capitalism without  a conscience is destructive.

You see, Mr. President, we are fully aware that we are primarily responsible for our national development – a responsibility from which we have never shied away.

The Bahamas has been confronted in the last weeks with a major development challenge, due to the delay in the completion of a US three billion dollar hotel project, upon which thousands of jobs were dependent. I add thousands of young people.  The developer, without notice, filed for bankruptcy under the laws of the United States. The government  is acting quickly to set this right.  It is too big to fail.

While the Government is doing everything in its power to minimize the negative impacts of this unfortunate event on the country’s economy, particularly as it regards youth employment, we cannot ignore the more general point about the vulnerability of our small societies not only to the shocks of weather and climate, but to the size and singularity of economic projects driven by foreign direct investment and sometimes our own internal investments.

CARICOM has long held that GDP per capita should not be the sole determinant for the question of the economic support that is to be given our region, but that our vulnerability to economic and other exogenous shocks must also be taken into account. Indeed, as noted by the Prime Minister during the CARICOM Heads of Government Meeting in Barbados a few weeks ago, a single large investor can, when it collapses, throw an entire country out of whack, and similarly, one hurricane can wipe out the Gross Domestic Product (GDP) of an entire country three fold.

What confounds small island developing states and the low lying coastal states of Caricom is why  the head nodding agreements from the developed world and financial institutions at fora like these, recognizing what I call the Robinson Crusoe problem with GDP per capita does not convert itself into actual policy.

We have seen some progress on this issue with both the United States and Japan moving in that direction.  However, the wider international financial community has got to come to accept that GDP per capita should not determine the issue of the cost of concessional financing to our small island developing states and low lying developing coastal states.  We will continue to say it over and over again until you get it.

These kinds of shocks have resulted in many cases in the high levels of indebtedness that we in CARICOM face today. They have certainly challenged our ability to achieve the internationally agreed development goals, including the Millennium Development Goals (MDGs). And if this new framework does not adequately address these issues, then they will mar our attempts to implement the new development agenda, including the Sustainable Development Goals (SDGs).

It goes without saying that the effective mobilisation of domestic public finance for sustainable development can only be realised within conducive international, regional and national enabling environments.

In this context, I wish to highlight the recent blacklisting of a number of CARICOM countries, including The Bahamas, as non-cooperative tax jurisdictions. The Bahamas and indeed CARICOM, for which the financial service industry is vitally important, has expressed its deep disappointment and grave concern with respect to related developments.

So shocking is the recent list, particularly in the face of what the EU countries themselves are doing to attract persons of wealth to their counties that one cannot help but say: “ physician heal thyself”.  I recall my earlier statement about imposing new rules without consultation even as we sit at the table and smile and talk of comity in international relations.  It is quite simply unethical and immoral.

The Bahamas continues to affirm the legitimacy and the historical benefit of a development model based on the delivery of a diversified mix of high quality business services, inclusive of financial services in a manner consistent with international best practices and standards. This model has supported skills acquisition, training and human development, infrastructure development, strong judiciaries, business transparency and economic freedom – all values for which the United Nations stands and affirms.

Such initiatives fly in the face of this fact and stand to destabilise countries like The Bahamas who have sought to adhere to every global legislative and regulatory stipulation imposed upon them.

Who will repair the damage done to our financial service industries by the unfair labeling that drives away potential multi-national company investors? How are we to build resilience in the face of the ever moving goal posts of international standard-setting?

The Bahamas fully supports the principle that rule-making and norm setting processes should be conducted in institutions that are truly representative. The ability to participate in such decision making, particularly in those decisions which impact the small open economies of CARICOM is viewed as a right and not a privilege.

In this connection, CARICOM reaffirms the important role of the United Nations in addressing matters related to international tax cooperation given its universality and legitimacy. The universal character of the UN ensures that all countries are able to participate on “equal footing”, allowing all Member States the opportunity to shape the global agenda.

This is why The Bahamas will continue to the call for the conversion of the Committee of Experts on International Cooperation in Tax Matters into a full intergovernmental subsidiary body of the Economic and Social Council.

The Bahamas acknowledges that we have come a long way since Monterrey. We have made important decisions on key issues here in Addis, decisions that, hopefully, will address the concerns and needs of countries at different stages of development and with distinctly diverse national circumstances.

The Bahamas is also hopeful that with the Addis Ababa Action Agenda, we will have the tools necessary to mobilise financial and other resources, in support of the ambitious post-2015 development agenda.

You can rest assured that The Bahamas will do its part to carry this positive momentum into the post 2015 Summit and beyond. 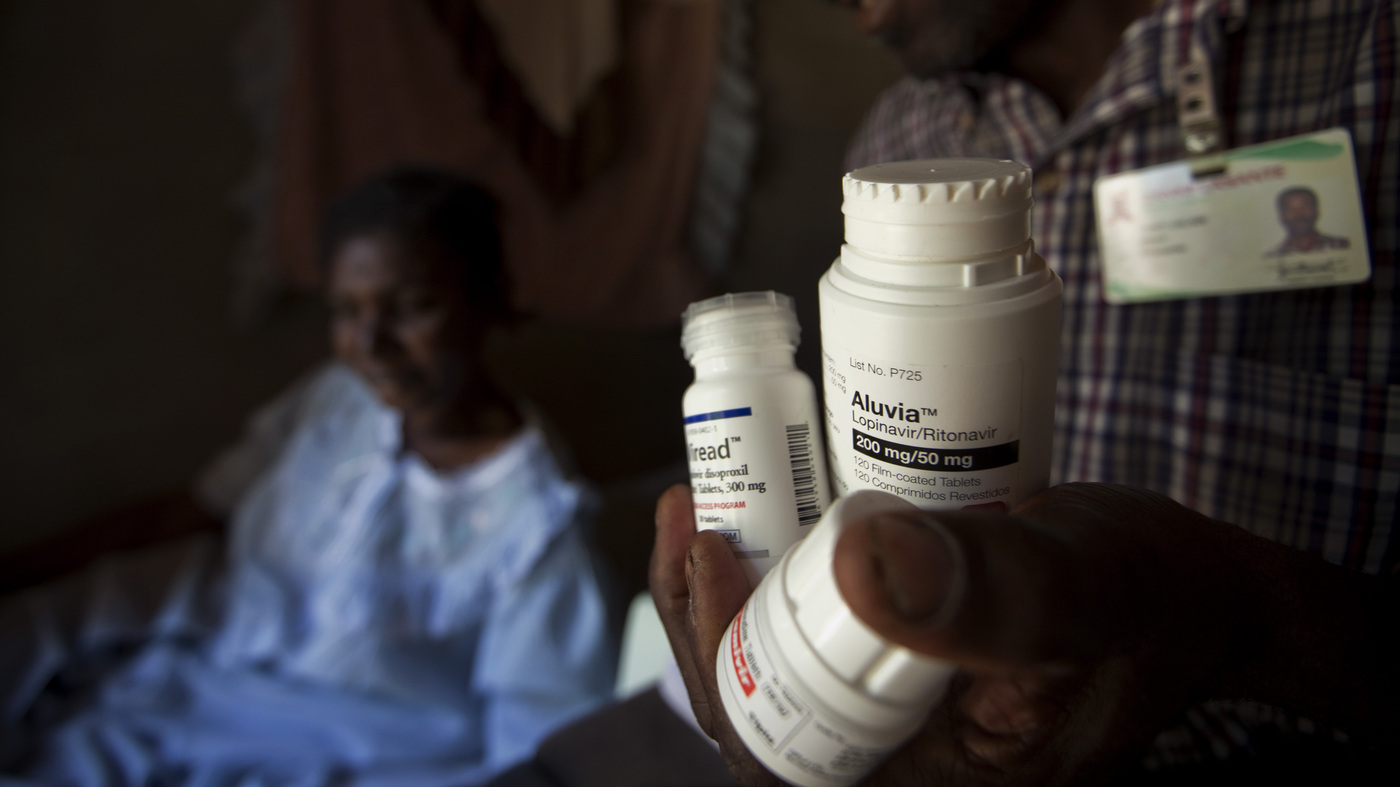 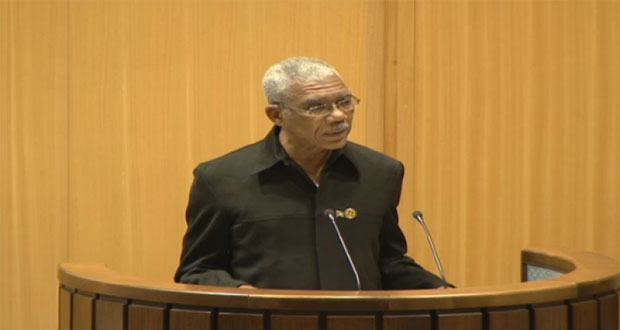