His Excellency- the Governor General and Lady Cooke;
Hon Chairman of Conference, the Hon Patrick Manning, Prime Minister of Trinidad and Tobago;
The Most Honourable Percival James Patterson, O.N, Prime Minister of Jamaica;
His Excellency the President of Suriname and Other Distinguished Heads of Government;
Honourable Ministers of Government;
Leaders of the Parliamentary Opposition and other Members of Parliament;
Members of the Diplomatic Corps;
The Hon. Chancellor of the University of the West Indies, Sir George Alleyne, O.C.C.; Chancellor Emeritus of the University of the West Indies Sir Shridath Ramphal, O.C.C.;
The Vice Chancellor, the Principal and Staff of the University of the West Indies
President of the Caribbean Development Bank, Dr Compton Bourne;
Director General of the Organisation of the Eastern Caribbean States Secretariat, Dr. Len Ishmael;
President of the Caribbean Court of Justice, Justice Michael de la Bastide;
Sir Alister McIntyre, O.C.C., The Hon Roderick Rainford; Other Distinguished Guests, including Dr Roy Hastick, representing the Caribbean Diaspora;
Deputy Secretary-General Ambassador Lolita Applewhaite and Staff of the CARICOM Secretariat;
CARICOM Youth Ambassadors;
Representatives of the Media;
Ladies and Gentlemen;
Fellow Citizens of the Caribbean;

I welcome you on this 30th day of the year of our Lord 2006, not to Jamaica; I leave that to others more qualified so to do. I welcome you to the historically unprecedented higher level of regional integration – that is, the CARICOM Single Market – to which the people of the Caribbean Community have now arrived.

Almost 17 years ago, one of my illustrious predecessors as Secretary-General, the Hon. Roderick Rainford, pointed out at the seminal Tenth Meeting of the Conference of Heads of Government at Grand Anse, Grenada that (and I quote) “experience has taught us by now that the quest for integration is something in the nature of an epic struggle, a struggle for congruence between what we proclaim and what we are able to do, a struggle to negotiate, design and erect structures of co-operation and integration where national interest and regional purpose are brought into harmony.”

The purpose for which we are gathered here today is to render formal acknowledgement of the success of one such struggle. This ceremony to mark the launch of the CARICOM Single Market, which came into effect on 1st January 2006, gives us an opportunity to celebrate a landmark in the progress of that process which was initiated at that Grand Anse Meeting in 1989.

It is truly a new dawn, long hoped for, but well worth the waiting. A journey that began over a generation ago by the Founding Fathers of CARIFTA and guided from those earliest times by such intrepid visionary regionalists as William Demas, Alister McIntyre and Shridath Ramphal.

The arrival of the Single Market has generated a great torrent of expectation across the Region. It is an achievement, the great significance of which cannot be overstated. Its substance involves the very essence of Community – the co-mingling of its peoples – its greatest assets.

For, important as the regime for the production of, and trade in goods has been in the integration process, and indeed, will continue to be, the Single Market brings most centrally into the integration process – people – particularly by providing for the free movement of skilled CARICOM nationals, of providers of services, of the self-employed and of those establishing businesses. The Single Market regime is, therefore, as we commonly say, “a horse of a different colour.”

Ladies and Gentlemen, at the conclusion of that historic 1989 Grand Anse Meeting, at which it was agreed to “let all ideas contend” as then Prime Minister A.N.R Robinson of Trinidad and Tobago maintained, the Heads of Government declared that they were “moved by the need to work expeditiously together to deepen the integration process and strengthen the Caribbean Community in all of its dimensions to respond to the challenges and opportunities presented by the changes in the global economy.” That is what the Single Market and the Single Economy to come, are intended to do. That imperative, so clearly foreseen by them then, remains no less urgent in today’s world, one which presents us as small developing countries with the stark choice – integrate or perish.

This bold and visionary step into a deeper integration process, one which so far only the European Union has trodden, has certainly fired the imagination and raised the expectations of the people of our Community. Since the coming into being of the Single Market on 1st January, people from numerous walks of life have been seeking information about how they can take advantage of the process. By the middle of last week, for example, according to a report from one Member State, more than 2,000 applications had been received for the Caribbean Skills Certificate – an important instrument for the process of the free movement of skilled workers. And the Single Market is only 30 days old!

In this situation, the onus is on our political, business and administrative leadership to ensure that the great expectations unleashed are met. This is nowhere more evident than among our young citizens mainly for whom and through whom this venture must be successfully realised. We all need to be critically aware of what the late Michael Manley called “the nature of the historic locomotive that rushes upon us.” We must be fully prepared for it.

Ladies and Gentlemen, in closing, it is fitting that this ceremony today, welcoming this new stage of Caribbean regionalism, is being staged at one of the flagship institutions of Caribbean regional integration – the University of the West Indies – and in the country that gave fresh impetus to the integration movement some 59 years ago at Montego Bay in 1947.

Also, it is a fitting tribute to our host Prime Minister who, though he would obviously not have been at Montego Bay, has been, since his entry onto the regional political stage in 1972, central to every major effort at regionalism. Few such would have been as successful without the benefit and direct involvement of this Caribbean Titan. His guidance and wise counsel have been, without doubt, of inestimable value to the development of the Region – and indeed, to the very occasion we celebrate today. And please allow me to add, this guidance and counsel have also benefited me personally, in whichever capacity I was fortunate enough to be of service to the Region.

Thank you for it all, Most Honourable Prime Minister Patterson!

And now I look forward to your address to this ceremony marking the historic coming into being of the CARICOM Single Market.

Your Excellencies, Honourable Heads of Government, distinguished guests, ladies and gentlemen, citizens of our Caribbean Community, I thank you. 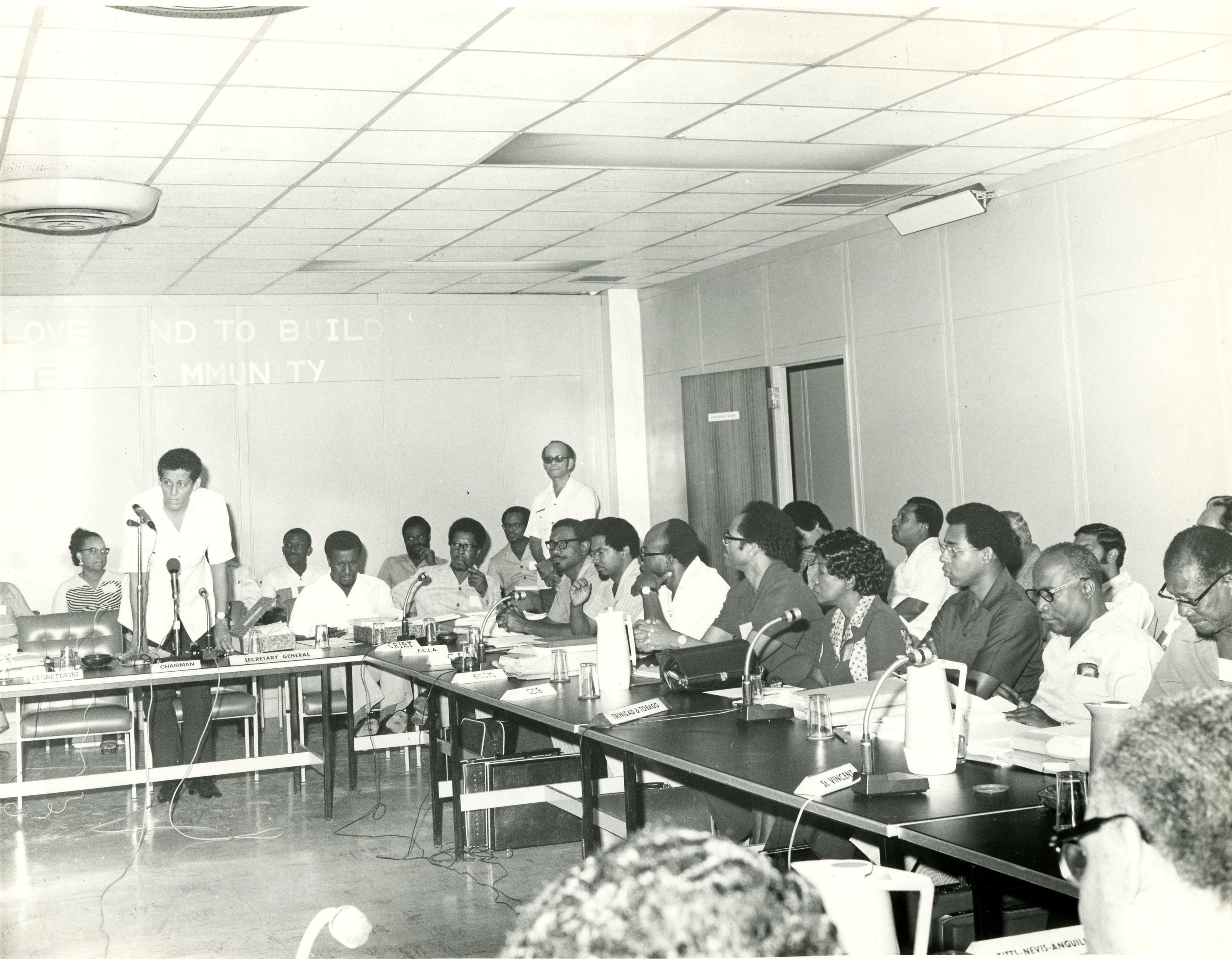