One week after the end of COP27, it is clear that the outcomes are mixed.

CARICOM looked to COP27 with the hope that it would be a turning point for global cooperation to seize the narrow window of opportunity to keep 1.5°C within reach and to support the particularly vulnerable as we confront climate change. 2030 is a critical point for transformation to limit global warming to 1.5°C.  The science is unequivocal that emissions must peak before 2025.

COP27 did not move the needle on ambition for mitigation or finance.  Major emitters failed to meet their commitments under the 2021 Glasgow Climate Pact to raise targets for emissions reductions in line with the 1.5°C.

Developed countries also, once again, failed to fulfill their already overdue $100 billion/year climate finance goal.  No further commitments were taken in Sharm el-Sheikh to correct course.  Rather, the inclusion of new language in the decision regarding “low-emission” energy could result in weakening of the Glasgow Pact in terms of ambition. The Paris Agreement goal to limit global warming to 1.5°C remains on edge and the costs of this failure will manifest in the worsening of the Region’s vulnerability, and significant increase in losses and damages

While COP27 failed to address the cause of the climate crisis, it made a decided step to bridge a 30-year gap on loss and damage. The Conference agreed to establish a fund for addressing loss and damage, and to set up a Transitional Committee to design the fund.  The Committee will deliver its recommendations to COP28.  For CARICOM, this decision is a long overdue step towards climate justice.  It will require constant follow through to ensure that the fund will be fit-for-purpose for Small Island and Low-lying Coastal Developing States (SIDS) to access support in a timely, predictable and fair manner. The fund must avoid the persistent barriers to access from the other financial mechanisms under the United Nations Framework Convention on Climate Change.

Likewise, the COP27 decisions that call for scaled-up means of implementation, and urgent reform of multilateral development banks and international financial institutions to rapidly increase finance, including through innovative means and mechanisms, will also require earnest action inside and outside of the climate negotiations process in the coming months.

As I said in an address on Climate Justice in Egypt, this Region’s work on addressing global climate change did not begin in the lead up to COP27 and did not end on November 19.  This is a fight that CARICOM has been in for more than thirty years and which we will continue, as we plan our action to deal with the outcomes, both positive and negative, from COP27 and prepare the Region’s position leading up to COP28.

We celebrate the fact that the Region was well-represented by its political leadership, its negotiators, Regional Institutions, and a cadre of young people who continue to give us much hope for the future. Despite the mixed bag of outcomes from COP26, CARICOM’s solidarity, unity and full engagement was on full display at COP27. These will be strengthened even more as we continue to advocate and fight for climate justice on behalf of the vulnerable. 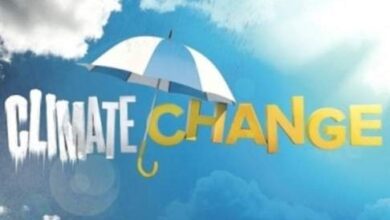