(CARICOM Secretariat, Turkeyen, Greater Georgetown, Guyana) Secretary-General of the Caribbean Community (CARICOM) Ambassador Irwin LaRocque has been assured of Jamaica’s support to the integration movement by Prime Minister the Most Honourable Portia Simpson-Miller and Opposition Leader the Honourable Andrew Holness.

The Secretary-General on a three day official visit to Jamaica met with the Prime Minister on Wednesday afternoon on the first day of his visit and with Mr Holness on Thursday. He has also met with Minister of Foreign Affairs and Foreign Trade Senator the Honourable AJ Nicholson and the Minister of Industry, Investment and Commerce, the Honourable Anthony Hylton.

Ambassador LaRocque delivered remarks on Wednesday evening at the opening of the University of the West Indies (UWI) Regional Headquarters Building in Kingston and on Thursday paid a courtesy call on the Vice Chancellor of the University, Professor Nigel Harris. The Prime Minister and the Secretary-General agreed on the need to put people at the centre of the integration process and for more widespread dissemination of information on CARICOM and its benefits. The Prime Minister and her Cabinet Ministers pointed to the trade imbalance between Jamaica and the rest of the Community, the treatment of energy access and free movement of people as major issues of concern to Jamaica. These were identified as issues which were affecting the view of CARICOM by the population.

The Prime Minister told the Secretary-General that her administration was committed to strengthening and deepening the integration movement, a point which was underscored by both Ministers during their meetings with Ambassador LaRocque.

The Opposition Leader expressed the view that more information was needed to combat the lack of knowledge of CARICOM. He stated that CARICOM should not be a political issue while also expressing his deep concern on the trade imbalance and the issue of free movement. Nevertheless he said that his party was not considering any inimical moves towards CARICOM and assured the Secretary-General of his party’s support for the integration movement. 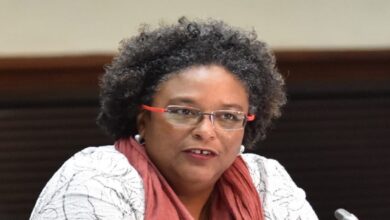 Statement by the Chair of the Caribbean Community The Honourable Mia Amor Mottley, Prime Minister of Barbados on Elections Result in St. Kitts and Nevis 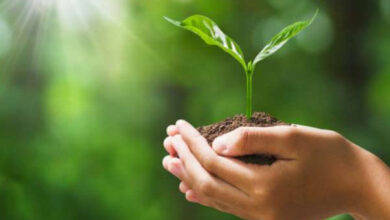 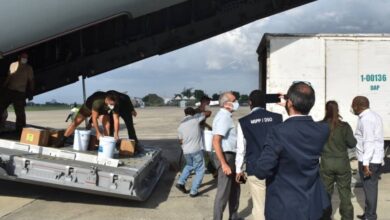