It is for me a great honour to be the third Portuguese Ambassador accredited to CARICOM and, as such, I reaffirm Portugal’s commitment to foster deeper relations with the Organization and its Member States.

Portugal has historical and cultural ties with the Caribbean. The communities of Portuguese descendants living in various Member States of CARICOM are a visible legacy of our bonds.

Indeed, there is the important potential for developing our bilateral cooperation in areas such as renewable energies, Oceans, tourism, and education, among others.

Moreover, we will continue working together within the framework of EUCARICOM relations and in multilateral fora.

Portugal considers that international cooperation and multilateralism to be fundamental and continue to be the best way to help overcome the pandemic and its economic consequences.

Within the EU, Portugal has been advocating for greater cooperation between the Union and Latin America and the Caribbean, particularly in the context of the fight against the COVID-19 pandemic and its devastating effects, as well as for a stronger strategic partnership between both regions.

During our Presidency of the Council of the EU, which we hold during the first semester of this year, one of our priorities has been revitalizing the bi-regional political relations at the highest level. We are also committed to strengthening the relations between the EU and the Latin American and Caribbean sub-regional blocs.

Furthermore, the EU27-Latin America and Caribbean Informal Ministerial Meeting that took place last December underlined our determination to strengthen our cooperation to fight COVID-19 and in the context of the economic recovery, based on digital and green partnerships, aiming at building more resilient and fairer societies. To fulfil the commitments undertaken during this meeting, the EU is considering an EU-LAC Leaders meeting, in dates and format yet to be determined.

Portugal is a strong supporter of the Economic Partnership Agreements (EPA) between the EU and ACP countries, whose merits, in terms of fostering close relations between the Parties and an increased regional integration, we very much praise.

The Portuguese Presidency will focus on the discussion of the Council decision to authorize the signature and provisional application of the Post-Cotonou Agreement, which we believe to be a comprehensive, ambitious, and modern instrument, and a turning point compared to previous agreements.

Internationally, Portugal has actively defended and echoed the concerns and ambitions of the Small Island Developing States (SIDS), notably in areas where we share common interests, such as environmental protection, climate change, energy, blue economy, sustainable development and respect for International Law.

We believe that it is crucial that their voices are heard in different multilateral instances, be it the UN General Assembly, the Security Council or the Human Rights Council. Consequently, Portugal has made regular financial contributions to the Trust Fund to Support the Participation of Least Developed States (LDCs) and Small Island Developing States (SIDS) in the works of the Human Rights Council.

We have, from the very start, received the support from all Member States of CARICOM for the idea of Portugal co-hosting, together with Kenya, a second United Nations Ocean Conference.

Regrettably, due to the COVID-19 pandemic, the 2020 United Nations Ocean Conference, which had been scheduled to take place in Lisbon in June last year, was postponed. Fortunately, we have recently reached a decision to hold the Conference in 2022, on dates to be confirmed very soon.

I would like to end by conveying my regret for not having had the opportunity to present my credentials in person. In spite of this, I look forward to contributing to the strengthening of the ties between Portugal the CARICOM and its Member States.

Mr. Secretary-General I thank you and your Secretariat for this opportunity. 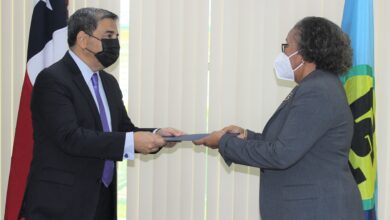 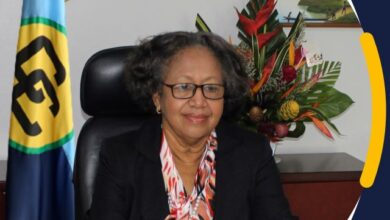