The Caribbean Community (CARICOM) now has its own voice. Leaders gathered for the 25th Meeting of the Conference of Heads of Government of CARICOM in Grenada were among the first audience to experience the commissioning of CARICOM's most recent connectivity initiative, Radio CARICOM.

The service was launched during the Opening Ceremony of the CARICOM Regular Meeting on Sunday, 4th July 2004 at Grand Anse, Grenada. It featured a seven minute broadcast package, which included congratulatory messages from affiliate stations in Barbados, Belize, Grenada, and Saint Lucia. Listeners in Barbados can tune to 100.7 FM and those in Belize, Grenada and Saint Lucia to 102.5 FM to hear and experience the newest Regional information mouthpiece.

These Members States are part of the pilot phase of Radio CARICOM with the others expected to come on board in selected groups over a two-year period. The radio service will be governed by Internet protocols and is designed to meet the demands of the Region's people for greater information and communication about the evolving integration process. It is also geared at providing a compliment to mainstream media broadcasting of existing networks in the Region.

Broadcast material will originate from the CARICOM Secretariat, and will include contributions from other Caribbean radio services and the Diaspora.

Amidst an estimated 500 guests, the first transmission of Radio CARICOM created an excitement in the Hall, receiving thunderous applause from its audience, which included representative of international organizations and diplomatic institutions, delegates from Member States and other invitees.

Prime Minister of Grenada, Dr. the Right Hon. Keith Mitchell in declaring Radio CARICOM open expressed enthusiasm for the service and called for the quick establishment of the radio service in the rest of the Community and subsequently, in the Diaspora. He asserted that the service will operate as the authoritative voice and source of information on and for the Community.

Prime Minister Mitchell told his colleague Heads and other attendees that listeners will be treated to Caribbean culture and lifestyles in addition to getting regular updates on the achievements and challenges of the Region.

Radio CARICOM, the Voice of the Community is a non-commercial, public service entity that will work in close collaboration with other broadcast services in the Caribbean region. Over the next few months the service will test and refine its transmission while other Member States prepare to sign on. 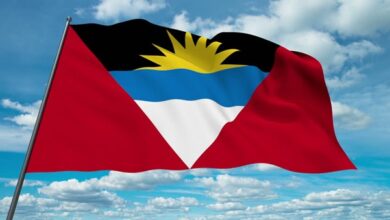 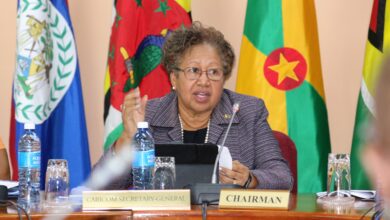 Remarks By Dr. Carla N. Barnett, Secretary-General of CARICOM, at the Fiftieth Meeting of the Community Council of Ministers