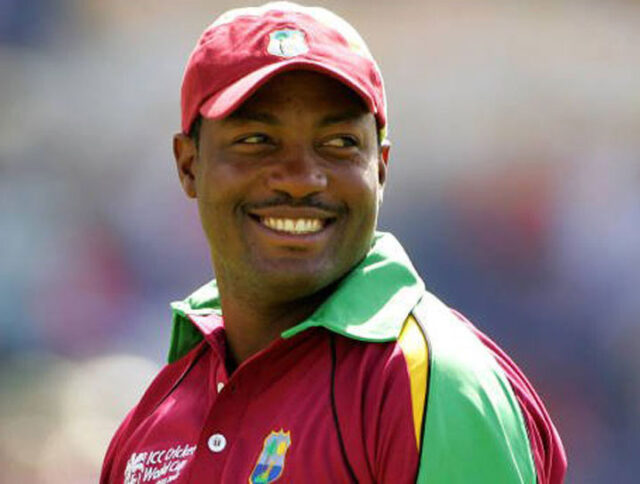 CITATION FOR THE ORDER OF THE CARIBBEAN COMMUNITY (OCC) 2008

English speaking Caribbean communities have made their greatest single cultural investment in the cricket enterprise. Citizens have come to measure the extent of community detachment from the oppressive grip of the colonial scaffold in terms of the competitive excellence of the region’s international team. Since 1886, when the first generation of cricketers were assembled and sent overseas as the Region’s team, this investment has yielded good results and players have brought to the Caribbean considerable honor, dignity and respect.

When the 21st century opened its door, Brian Charles Lara entered as the universally recognized genius performer of Caribbean and world cricket. His display of brilliance signaled the determination of Caribbean people to approach the new time with confidence, poise and cultural assertiveness. CLR James, the late Caribbean doyen of world cricket writers, offered us a way of viewing the young man’s achievements and legacy when he stated in reference to the grand old man of late 19th century English cricket, W.G. Grace: “Like all truly great men, he bestrides two ages”.. Emerging from the 20th century stable of super cricketers such as Sir Frank Worrell, Sir Garfield Sobers and Sir Vivian Richards, heroes of West Indian society in the post 1950s age of nationalism, Lara led West Indies cricket onto the turbulent, uncharted field of cricket in the age of globalization. This he did with record setting performances that secured for West Indian society a special place on the agenda of global excellence.

From childhood, Lara imagined himself a cricketer destined for world acclaim. He told the Caribbean media that his goal was “to be one of the best batsmen of the nineties, and the best going into the 21st century.” On reflection, this ambition seemed modest. It was achieved, it appeared, with artistic ease, and quickly outgrown like most imaginings of childhood. He took the craft of batting to a level that no one had reached before. His seminal innings did not begin at high noon, as famed cricket writer Neville Cardus said of Frank Worrell’s; rather they rose steeply like the piercing rays of the morning sun and burnt a trail all day long until interrupted by an un-welcomed dusk.

Born on May 2, 1969 in the village of Cantaro in Santa Cruz, Trinidad and Tobago, the young Lara tirelessly practiced his creative shots that were to become strokes of class. In his book, Beating the Field, he reveals the single–mindedness of his pursuit, a common trait with superlative performers. “When the others grew tired and went home and there was no one else to play with I used to play my own Test matches on the porch of our house, using a broom handle or a stick as the bat and a marble as the ball. I would arrange the pot plants to represent fielders and try to find the gaps as I played my shots.”

The famed culture of catholic discipline at the St. Joseph’s Primary served him well when he entered Fatima College where he made the under-16 cricket team at age 14. From there he was launched into the First Division of the national schools competition. A star had appeared on the horizon. Young Lara amassed an amazing 754 runs at an average of 126.16. He soon made his debut for the West Indies under-19 team, and in 1987 at age 17 broke the West Indies youth batting record. The following year, he made his national debut in the regional first class tournament against Barbados. It was an encounter with the mighty West Indian pacers, Joel Garner and Malcolm Marshall. His long, patient innings of 92, predicted the possible, and before the year was done the West Indies Cricket Board had appointed him captain of the West Indies team for the Bicentennial Youth World Cup in Australia.

But it was his princely captain’s innings of 182 against India in the 1988-89 under-23 tournaments that served to set him apart as the heir apparent of greatness in West Indies and world cricket. This was followed in 1989 by another brilliant captain’s innings, 145 for West Indies B against Zimbabwe B, a performance that led the way for his selection, at age 20, as captain of his national team – still the youngest to date. He immediately won for Trinidad and Tobago the regional one day Geddes Grant Shield. As if rewarded for his leadership achievement he was invited to make his Test debut that year, scoring 44 against Pakistanis led by the King of Karachi, the legendary Imran Khan.

There was no stopping the train from Santa Cruz. In only his 5th Test, 1992/93, he blazed his maiden century against an emerging Australia led by the steely Alan Border. It was a sight not before seen at Sydney – 277 run out – the highest between the two teams. It kept at bay the warning from Shane Warne who conceded 116 runs from 41 overs – most of them shock attacks from Lara who remained to the end of his career the one cricketer on planet earth of whom Warne was wary.

The English were forewarned. They arrived at an overcast but sun-parched Sabina Park, Jamaica, for the final Test in January, 1994, and somehow managed to restrict Lara to a paltry 83. They were not so fortunate in the second Test in Guyana. The levee broke and a river of runs, a chanceless 167, gushed from his bat. At Antigua for the 5th Test, the heavens opened and on 18th April, Lara ascended to the highest height of World Cricket – scoring 375 runs to break the world record, 365 set by Gary Sobers in 1958 against the Pakistanis at Sabina Park.

Lara had faced 538 balls and hit 45 boundaries batting for 766 minutes. Sobers later said: “When I wrote my autobiography Twenty Years at the Top in 1988, I said I believed my 365 would never be beaten”. In his foreword to Lara’s Beating the Field he wrote: “based on the theory that one-day cricket was producing a type of batsman who is less capable of playing a long innings… there were few batsmen around…with the necessary concentration to stay at the crease for ten hours or more and aim for a score of 300 plus.”  Lara was obviously the exception. The longer he stayed at the crease the greater it seemed his concentration became.

Shortly after this record–breaking performance, Lara took off for England to play for Warwickshire in the County Championship. In his debut on April 29, 11 days after the Antigua moment, Lara scored 147 against Glamorgan. By May 23, he collected five first class centuries in a row, and another world record for consecutive first class centuries was in sight. He missed it when he was out for 26 at Lord’s, but in the second innings he recovered enough to make 140 off 147 balls. The next month, he broke the first–class individual record with 501 runs at Edgbaston his home ground. He had become the first player to score seven centuries in eight first-class innings.

As the number of players making double centuries increased, and with a few reaching 300, there had been heightened anxiety in the Caribbean that Lara’s record will be broken. The moment came in 2003 when Matthew Hayden, the hard-hitting Australian opener, struck a destructive innings of 380 against Test newcomers Zimbabwe. This event, which was celebrated around the cricket world, with Hayden complimented by Lara, merely served to galvanize the tiring mind of the aging prince. The following year, as if in an act of territorial reclamation, he returned to Antigua, to the English bowlers, there to retrieve his throne, scoring 400 not out, an unprecedented achievement. Ten years had passed; the sporting world, in any discipline, had never before witnessed such as act. In so doing he became the second cricketer to score two Tests 300s, the second to score two 400s in the first-class game, and the only player to meet both targets. Today Lara still wears the tripled crown. He holds the record for the greatest Test aggregate of runs (11,953), the largest Test score (400 not out), and the largest first class score (501).

These record-breaking performances, following immediately upon the retirement of the great Sir Vivian Richards, came at a time when West Indians were concerned about the sustainability of excellence in batting. Lara emerged and was crowned the ‘Prince of Cricket’ by an appreciative community that understood the significance and importance of their new cultural icon. With these extraordinary feats behind him, Lara was appointed captain of Warwickshire in 1997 and the West Indies in 1998.

Lara’s achievements were hailed by pundits and experts who agreed he had brought to the game both magic and regality at a time when there was growing uncertainty about its competitive capacity in a changing global sports culture. In 1994 he was awarded the highest national honour of his native Trinidad and Tobago – The Trinity Cross. Today, everywhere within the world of sports, Lara is recognized and celebrated for holding aloft the excellence of Caribbean cricketing performance and for inspiring persons in all cultures to aspire with purposeful enthusiasm. The award of the OCC to Brian Charles Lara is indeed a fitting endorsement of the Region’s appreciation of his exalted achievements and extraordinary contributions to the game of cricket, and to the Caribbean.