(Caribbean Community Secretariat) As Panama derives growth based on policies aimed at achieving the Sustainable Development Goals and oriented towards attracting foreign direct investment that provides resources and transfer of knowledge, it intends to be a cooperation provider country.

According to the recently accredited first envoy of Panama to CARICOM, Her Excellency Soraya Cano Franco, Panama’s policies have facilitated growth of the economy and have allowed the country to, among other things, “evolve from being a receiving cooperation country to a cooperation provider country.”

Ambassador Franco said Panama is taking “first steps” to implement this paradigm guided by a national plan for international cooperation, Panamá Coopera 2030, through which it anticipates further growth and the ability to offer cooperation to an increasing number of countries in the Region.

She said her accreditation therefore represented continued efforts by Panama’s President, His Excellency Juan Carlos Varela’s, to identify mechanisms through which it could approach Caribbean countries more effectively.

In 2015, as a special guest at the 36th Regular Meeting of the CARICOM Heads of Government Conference in Barbados, President Varela had signalled Panama’s interest in strengthening security collaboration with CARICOM. The ideals were articulated in a Memorandum of Understanding for the Exchange of Information and Real-time Intelligence between the Joint Regional Communication Centre of the Implementation Agency for Crime and Security (IMPACS) and the Panamanian Ministry of Security, which according to the Ambassador Franco, “is still current and operational.”

To further strengthen cooperation in that area, Ambassador Franco said opportunities are available for the Police Forces of CARICOM Member States to participate in a Training Cooperation Programme which was presented during the High Level Forum on the SICA-CARICOM Structured Dialogue on Transnational Organised Crime earlier this year in the Dominican Republic. The cooperation offer was made by Panama National Police, with support from the Investigative Police of Chile and the Civil Guard of Spain.

And, as the Region grapples with the effects of natural disasters, Ambassador Franco said the Caribbean and Central America could count on her country’s strengthened capacity to respond quickly to emergency situations with the opening of a Regional Logistics Centre of Humanitarian Assistance in Panama, in November 2018. 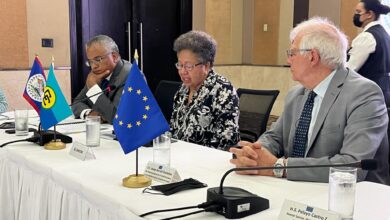 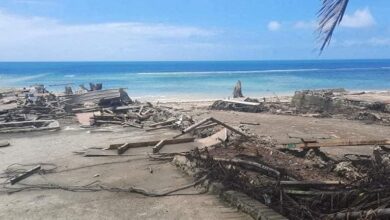