The Caribbean Community (CARICOM) will convene a multidisciplinary summit on Security scheduled for April 2020 to have “frank discussions” given the continuing high rates of crime and violence in the Community.

CARICOM Chair, Hon. Mia Mottley, made the disclosure while briefing the press at the close of the Thirty-First Intersessional Meeting of the Conference of Heads of Government on 19 February 2020, in Barbados. She said that Heads were “deeply concerned about the level of crime and violence in the Region”.

The Chair noted that it was recognised that crime and violence and security were not issues that could “be believed to be simply the responsibility of governments”, particularly in the context of the Caribbean where they are “effectively public health disorders, public health diseases”. To this extent, Heads agreed  that a multi-disciplinary approach to addressing the issue was critical.

“It is critical that we bring together not only the heads of government of the Region… but also partners from faith-based organisations…artists, sports personalities, teachers … [among others] for us to have full and frank discussions about how we, as a Region, not as individual governments, will begin to contain the difficulties that individual communities and countries are experiencing because of a change in behaviour, a change in values, a change in attitudes.

“If we are to win the battle in the medium term, we need to treat this as a national and regional discussion….  the message from Heads of Government is that this [issue] is urgent,” she said.

The upshot of this includes, youth violence, gangs and gender-based violence, especially domestic and sexual violence against women and girls, among other ills. Increased cyber and financial crimes on an international scale mainly due to technological advancements.

The security threats caused by the impact of natural disasters is another issue that contributes to the vulnerability of states. Hurricanes, tropical storms, floods and landslides damage critical infrastructure and negatively affect economies. Moreover, in the aftermath of these natural disasters security forces are often challenged to perform first responder duties, whilst addressing law and order issues such as looting, as the environment becomes conducive to various illicit activities.

In addition, there is the public health challenge of viruses and diseases moving across borders given the inter-connectedness of the Caribbean and the world, and these, too, present security and others challenges.

In this last context, the Communique issued at the end of Meeting indicated that the Conferences agreed “to address the matter [crime and violence] as a public health issue and to hold a Summit of Member States and a regional multi-disciplinary partnership in Trinidad and Tobago in early April”.

“Heads of Government also agreed that enhanced security would include measures to assist in minimising the risk of importation of the COVID-19 virus”, the Communique stated. 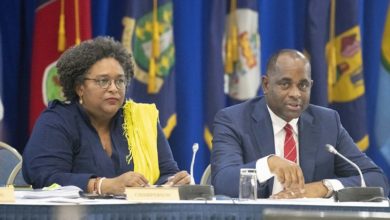 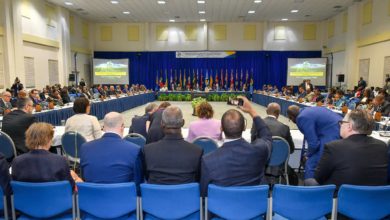 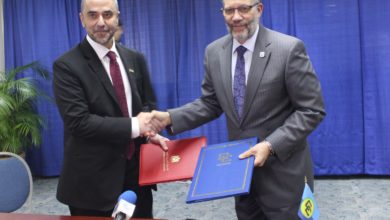