Since 1991, for over 30 years, the global community has organized activities to mark the 16 Days of Activism Against Gender-Based Violence. The Campaign incorporates four important observances: the International Day for the Elimination of Violence against Women on 25 November; Human Rights Defenders’ Day, 29 November; World AIDS Day, 1 December; and Human Rights Day on 10 December.

During this period, women’s rights activists have observed 25 November as a day to honour the Mirabal sisters, three political activists from the Dominican Republic, who were brutally murdered in 1960 by order of the country’s ruler, the late Rafael Trujillo

This year’s theme “Unite! Activism to End Violence Against Women and Girls!”, is under the banner of the United Nations Secretary General’s UNiTE Campaign which was launched 14 years ago. This initiative is designed to galvanise action to prevent and end violence against women around the world, challenge harmful gender norms, and end impunity, silence and stigma that have allowed violence against women and girls to escalate to pandemic proportions.

The Campaign calls on all women’s rights organisations, feminists groups, civil society actors, human rights defenders, academia, artists, the private sector, governments and individuals to become activists for the prevention of violence against women, to stand in solidarity with women’s rights activists and to support feminist movements around the world to resist the rollback on women’s rights, while echoing the call for a world free from violence against women and girls. The work of many international and regional agencies, including the Secretariat’s work with Member States, UN Agencies and staff, has raised awareness, mobilised advocacy, and inspired individual and collective action to combat gender-based violence in its many forms.

But gender-based violence remains a public health crisis in the Caribbean.  The World Health Organisation asserts that globally, one in three women has experienced physical and/or sexual violence at some point in her lifetime, usually from an intimate partner.  [1]In the Caribbean Region, prevalence surveys conducted between 2017-2019 in five Member States, with a sample of women and girls 15-64 years, indicate incidence rates as high as one in two women. Our advocacy must therefore be resolute and sustained.

Rates of Gender Based Violence (GBV) increased dramatically during the COVID-19 pandemic and systemic inequalities have been exacerbated, with women disproportionately affected. The effect has been the reversal of decades of some hard-fought gains in gender equality, which threatens the achievement of the Sustainable Development Goal 5 by 2030. UN Women in its 2021 publication titled “Measuring the Shadow Pandemic: Violence against Women during COVID-19”, documents 35% of women reporting that they or a woman they know have experienced a form of violence. Some 7 in 10 women said they thought that verbal or physical abuse by a partner had become more common, and 6 in 10 women felt that sexual harassment in public spaces had worsened.

While we can affirm that some gains that have been made in relation to  escalating Gender Based Violence from what was seen as a private matter to recognition as a public concern, and while a body of legislation has been developed in all Member States, the incidence of GBV continues to be unacceptably high. This year’s Campaign calls for us to UNiTE, to work in solidarity, to speak with one voice, and carry one consistent message of ending the scourge of violence against women and girls. What can you do in your space starting today? Here are a few recommendations:

During this 16-day Campaign, people around the world, primarily women, are uniting through their activism to end violence against women and girls. I encourage our men to stand with our women and girls as champions of gender equality and advocate for the elimination of violence against them.  I encourage the people of the Caribbean Community to take decisive action to end gender-based violence. This is a vital human rights imperative that needs our collective and concerted action. 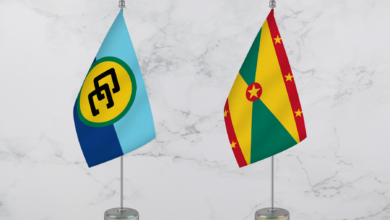 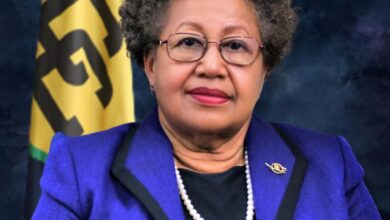 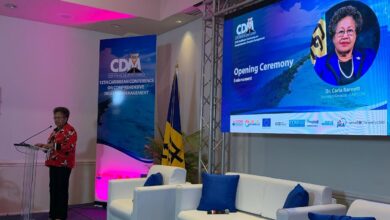