Congratulations poured in overnight following the announcement that Heads of Government had selected Belizean, Dr. Carla Barnett, as the new CARICOM Secretary-General.

Dr. Barnett will succeed Ambassador Irwin LaRocque whose tenure as Secretary-General concludes in three months. She takes up her position on 15 August. The selection was unanimous at a Special Meeting of the Conference of Heads of Government held virtually on 11 May 2021, under the Chairmanship of Dr. the Hon. Keith Rowley, Prime Minister of Trinidad and Tobago.

Heads of Government, Ministers, regional and international organisations and citizens of the Community have used social media to offer their congratulations to Dr. Barnett.

Dr. Barnett is an economist. She was formerly vice president of the Belize Senate and has served in various ministerial capacities in her country’s government. She has also served as Financial Secretary of Belize and Deputy Governor of the Central Bank of Belize, as well as Vice-President (Operations) of the Caribbean Development Bank (CDB). She was also a Deputy Secretary-General of CARICOM.

Foreign Minister, Sen. the Hon. @kaminajsmith, on the behalf of Jamaica, representing Prime Minister @AndrewHolnessJM, has endorsed the historic appointment of the first ever female Secretary General of CARICOM, as a positive signal to the region and to international partner. pic.twitter.com/HrTaaoEmER

Congratulations, to Dr Carla Barnett on her selection as the next Secretary General @CARICOMorg!
Dr. Barnett will be the first woman and Belizean to hold that position.#CARICOM #OneCaribbean #Belize #womenleaders https://t.co/yP9sCshJGD

Prime Minister of Barbados, the Hon. Mia Amor Mottley was among the first to congratulate the incoming Secretary-General, describing her as “perfect for the job in the region at this time, when economies have collapsed and what we need is a sound economist to lead us on a path to growth”.

👏🏾@FAOCaribbean congratulates Dr. Carla Barnett on her appointment as the first woman and the first #Belizean to be selected for the post of CARICOM Secretary-General. @caricomorg @FAOAmericas @JBerdegueFAO @Crispim_Moreira https://t.co/tuZWT4RrCn

Mottley noted that, given the challenges the region is now facing, the background of the new Secretary-General would serve the grouping well.

“Her vast experience in regional organisations such as the Caribbean Development Bank, at the Central Bank of Belize and elsewhere, have sharpened her for the position she is about to assume — not because she is a woman, but because of her competencies.

Delighted at this well deserved appointment and join your colleagues and friends in wishing you a successful tenure @EdwardGreene1 @UChancellor10 https://t.co/0oEKkNb2xv

“However, her being the first woman means that young girls across the region can be inspired by Dr Barnett’s accomplishments and begin their own moon journey,” Prime Minister Mottley said.

The Prime Minister also paid tribute to the outgoing Secretary-General, noting that Barbados and the region “benefitted significantly from Ambassador LaRocque’s vast knowledge and experience on trade matters at a time when the region needed it most”.

Congratulations to Dr. Carla Natalie Barnett on her historic appointment as the 8th CARICOM Secretary-General. Dr Barnett, a national of Belize, is the 1st woman & the first Belizean to hold the post.

UNDP affirms its best wishes to her & the Community. pic.twitter.com/DYabSmKUlH

Offering congratulations to Dr. Barnett, Prime Minister of Jamaica, the Hon. Andrew Holness, said the unanimous agreement on her selection reflected “the commonly held sentiment that she will do exceptionally as Secretary-General”.

The European Union, Food and Agriculture Organisation (FAO), Organisation of American States (OAS), and CEPAL were among the organisations that extended congratulations to Dr. Barnett.

.@OAS_official General Secretariat welcomes the historic appointment of Dr. Carla Barnett as the next Secretary General of @CARICOMorg. We congratulate her & assure her of our full cooperation in addressing regional challenges & working for the future benefit of the hemisphere. https://t.co/s02eZbRjRd 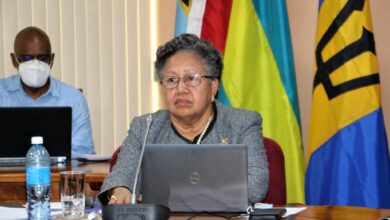 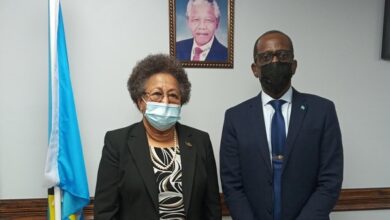 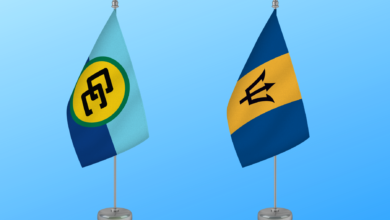 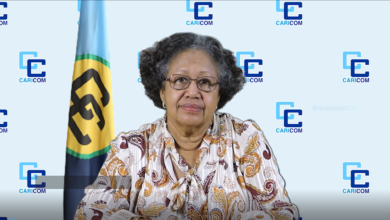