CARICOM Secretariat, Turkeyen, greater Georgetown, Guyana)     Chile’s President Her Excellency Michele Bachelet assured CARICOM Secretary-General Ambassador Irwin LaRocque of her country ’s continuing support for the development of the Caribbean Community (CARICOM).
The President received the Secretary-General at her office, in Santiago on Tuesday, the second and final day of his official visit to Chile. Ambassador LaRocque welcomed her assurance and thanked the President for her country’s genuine and meaningful efforts at co-operation with the Community. He also took the opportunity to extend sympathy to the President on behalf of CARICOM for the tragic loss of life and property due to the fires in Valparaiso.
As the visit drew to a close later that day, the Secretary-General expressed his satisfaction at the result of his discussions over the two days. “I feel very satisfied with the outcome of the discussions with the government of Chile and the various agencies that I have met,” he said. Ambassador LaRocque said that apart from building on the friendship with Chile, there had been progress in advancing the Plan of Action which had been guiding the technical co-operation between CARICOM and Chile.
On Tuesday, the Secretary-General had held discussions with the Deputy Executive Secretary of the United Nations Economic Commission for Latin America and the Caribbean (UNECLAC), Mr Antonio Prado and his team. They looked at ways that the two organisations could continue to collaborate in particular with respect to the negotiations for the UN Post 2015 Development Agenda and in the continuing efforts to have Haiti fully participate in the CARICOM Single Market and Economy (CSME).
The Secretary-General, who was accompanied by CARICOM’s Assistant Secretary-General for Foreign and Community Relations, Ambassador Colin Granderson, was kept abreast of the on-going initiatives in the Caribbean by the UN Food and Agriculture Organisation (FAO) during his visit to the agency’s Regional Office for Latin America and the Caribbean. Mr Raul Benitez, the Assistant Director General and FAO’s Regional Representative for Latin America and the Caribbean and his team outlined the programmes and also indicated the areas in which the FAO would be involved in going forward.
Both sides stressed the need to build the Community’s capacity in the area of Sanitary and Phyto Sanitary (SPS) measures. This was viewed as vital to boosting trade in agricultural products both within CARICOM and to external markets.
During a visit to the University of Chile’s Seismological Centre, its Director Dr. Sergio Barrientos explained the on-going work in preparing for natural disasters in particular earthquakes and tsunamis. The Centre has been lending its expertise to the Caribbean Disaster Emergency Management Agency (CDEMA) and has also been building a relationship with the University of the West Indies (UWI) Seismic Centre at the St. Augustine Campus in Trinidad and Tobago.
The work with CDEMA is under the auspices of the Plan of Action which came out of the Technical Co-operation Agreement between CARICOM and Chile. The Plan of Action 2012-2014 is being implemented in the areas of Education, Agriculture, Disaster Management, Health and programmes for CARICOM diplomats. 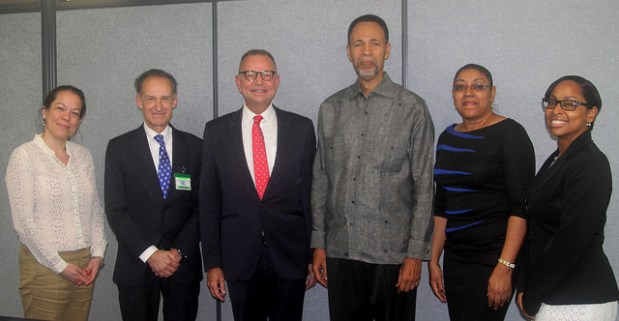 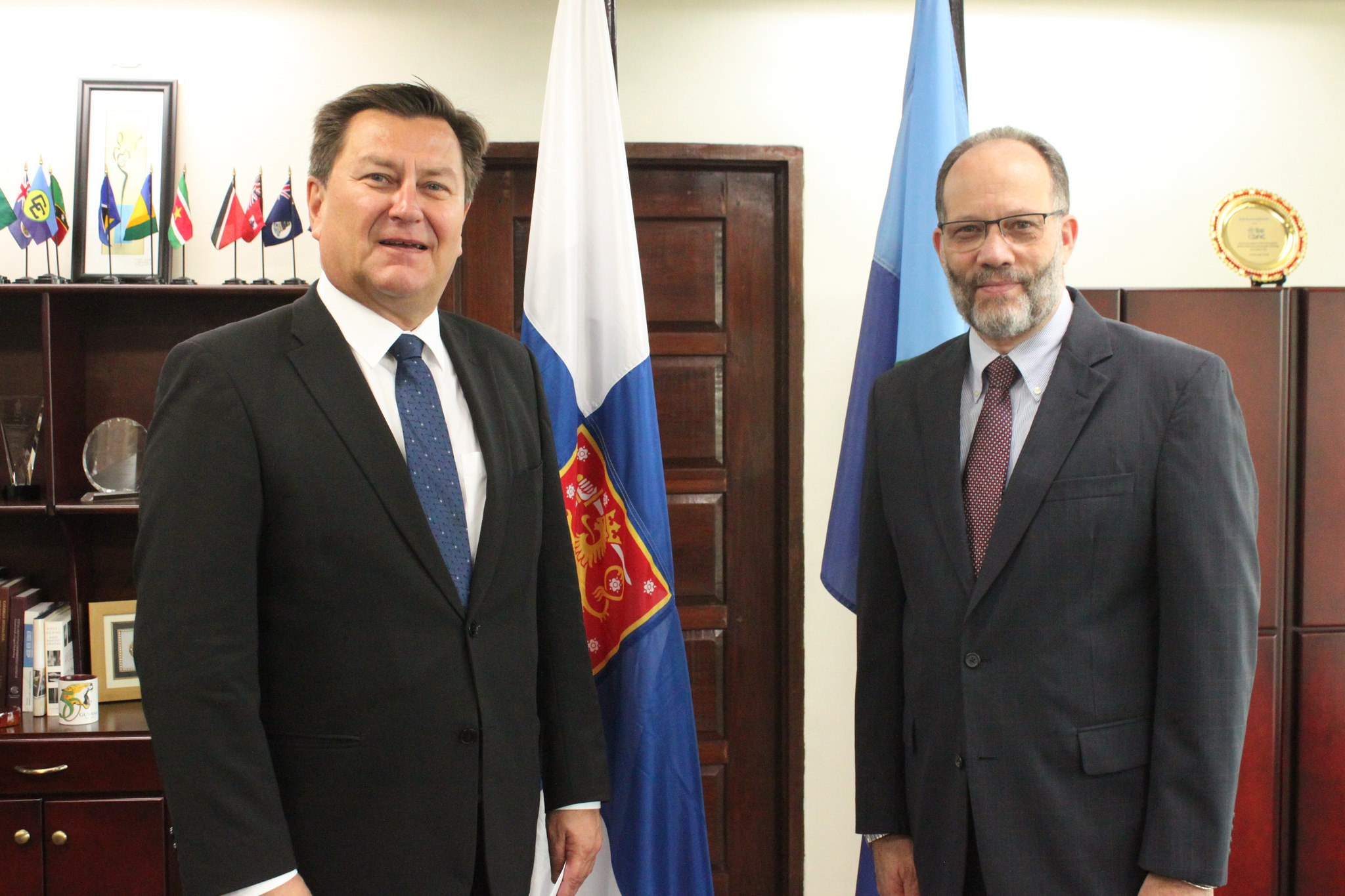 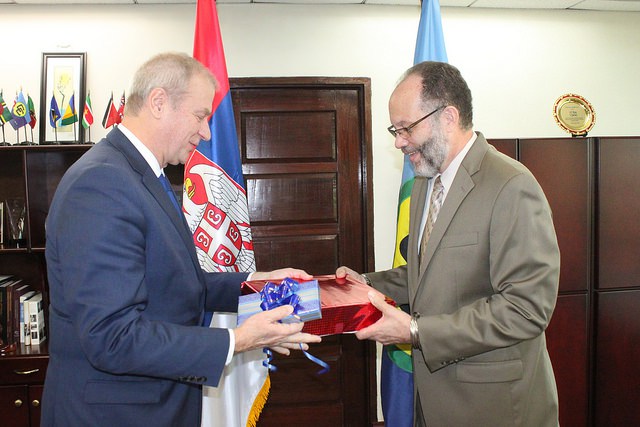