CCJ, Port of Spain, Trinidad and Tobago – In a judgment delivered today, the Caribbean Court of Justice (CCJ) ruled that the judgment handed down by the Guyana Court of Appeal on 22 June 2020, which judgment
was used by the Chief Election Officer (CEO) to invalidate over 100,000 votes, was invalid.

The Court also decided that, as a consequence, the 23 June 2020 report of the Chief Election Officer was also invalid. The CCJ’s judgment was a unanimous one to which all the sitting Judges contributed.

Ms David’s Application challenged the credibility of the recount, undertaken by the Guyana Elections Commission (GECOM), of the votes cast at the elections held on 2 March 2020. Ms David claimed that GECOM had created a new and completely different legal regime by an Order it had issued (Order 60) authorising the recount and that GECOM had abdicated its responsibility to determine the election’s credibility.

Messrs Ali and Jagdeo applied to the CCJ for special leave to appeal to the Court of Appeal’s decision. The CCJ accepted that any decision made under Article 177(4) is final.

The Court stated, however, that, as Guyana’s final court of appeal, it had the jurisdiction and a constitutional obligation to determine not only
whether any such decision genuinely fell under that Article but, generally, to ensure that the Constitution was being upheld.

The Court determined that the Court of Appeal’s decision neither fell under Article 177(4) nor was it in conformity with the Constitution.

The Court noted that there is no separate election of a President in Guyana as there used to be when Article 177(4) was originally introduced as Article 30(13) of the Constitution. A Presidential candidate is deemed to be President and so declared as a result of the election that takes place for members of the National Assembly.

It was always intended that questions as to the validity of the election of a President could arise only after the members of the National Assembly had been elected and a Presidential candidate had been deemed and declared to be President.

Whatever irregularities the CEO may have been concerned about were required to be addressed by an election petition filed in the High Court.

The Court held that the GECOM Chairperson was right to note that GECOM lacked the legislative authority and the machinery to embark upon a determination of such irregularities.

The Court took the view that what the Court of Appeal majority did was to embark upon an exercise of interpreting Order 60 and a consideration of the effect of that Order on the responsibilities of GECOM.

There was nothing, therefore, in Ms David’s Application to trigger the Court of Appeal’s jurisdiction under Article 177(4).

The Court noted that the concept of “valid votes” is well known to the legislative framework governing the electoral process. The concept has a particular meaning in that context. Validity in this context means, and
could only mean, those votes that are valid on their face.

The determination of such validity is laid down in the Representation of the People Act. It is a transparent exercise that weeds out of the process, for example, spoilt or rejected ballots.

This is an exercise conducted in the presence of the duly appointed candidates and counting agents of contesting parties. It is after such invalid votes are weeded out that the remaining “valid” votes count towards a determination of not only the members of the National Assembly but, incidentally as well, the winner from among the various listed Presidential candidates.

If the integrity of a ballot, or the manner in which a vote was procured, is questioned beyond this transparent validation exercise then that would be a matter that must be pursued through Article 163 after the elections
have been concluded and the winners declared. Unless and until an election court decides otherwise, the votes already counted by the recount process as valid votes are incapable of being declared invalid by any person or authority other than the High Court through an election petition.

By the unnecessary insertion of the word “valid”, the Court of Appeal impliedly invited the CEO to engage unilaterally in a further and unlawful validation exercise that trespassed on the exclusive jurisdiction of the
High Court established by Article 163.

It followed that the Appeal of Messrs Ali and Jagdeo succeeded, the decision of the Court of Appeal was ordered invalid and of no effect. The 23 June report of the CEO, that was based on this decision, was similarly of no effect.

The Court noted that it has been four months since the elections were held and that the country has been without a Parliament for well over a year. No one in Guyana, the Court said, would regard this as a satisfactory state of affairs. The Court expressed the fervent hope that there would quickly be a peaceable restoration of normalcy.

The full judgment of the Court and a judgment summary are available on the Court’s website at www.ccj.org 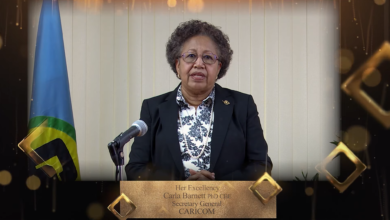 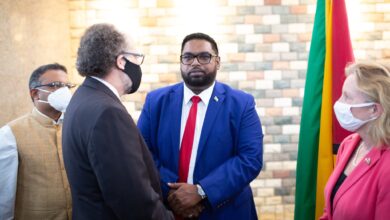 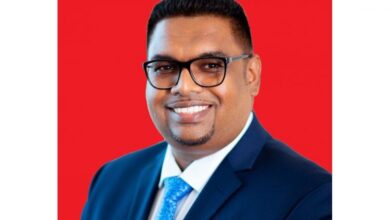