CARICOM Secretary-General, Ambassador Irwin LaRocque on Monday said he hoped that regional leaders will sign off on an age-old Multilateral Air Services Agreement that seeks to pave the way for easier inter-regional travel.
Ambassador LaRocque made the observation during a curtain-raiser press conference in Grenada, ahead of the opening on Tuesday of the 38th Regular Meeting of the Conference of Heads of Government of the Caribbean Community (CARICOM).

The Conference, which is being held in the Grenadian capital, St George’s from July 4 – 6, is being chaired by Prime Minister of Grenada, Dr. Keith Mitchell.
“We are hoping that the Multilateral Air Services Agreement will get policy sign off from the Heads of Government. It will allow greater ease of travelling within the region in terms of CARICOM-owned airlines,” Ambassador LaRocque told journalists in Grenada for the HOG meeting.

The aim of the Multilateral Agreement Concerning the Operation of Air Services within The Caribbean Community, commonly called Multilateral Air Services Agreement, is to improve the level, quality and efficiency of air services within and beyond the Caribbean Community. It dates back to 1996.
During the Conference of the Heads of Government, the CARICOM Secretariat would seek approval for all aspects of the policy of the agreement from the Regional Leaders.
According to Ambassador LaRocque, the policy will allow for more opportunities for inter-regional travel.

“The agreement concerns operations of CARICOM Air carriers…It provides for fair and equal opportunities for all CARICOM Air Carriers to compete in air transportation covered by the agreement,” he posited, while adding that in addition to the large carriers, there are a large number of small carriers within the region.
CARICOM nationals have long complained about the high airfares attached to inter-regional travel, and according to Ambassador LaRocque, the Secretariat is aware of the issue.
“The issue of cost of air transportation is one that continues to concern us; it will come up again,” he emphasised.

In July 2013, conscious that transportation services delivered in CARICOM had to address the needs of the travelling public and intra-Regional trade, CARICOM Heads of Government agreed to the urgent establishment of a Transportation Commission to address air and maritime transportation matters.
Antigua, Barbados, Belize, Dominica, Grenada, Guyana, St. Kitts and Nevis, St. Lucia, St. Vincent and The Grenadines and Trinidad and Togabago have all ratified the Multilateral Air Services Agreement, which came into force in 1998. 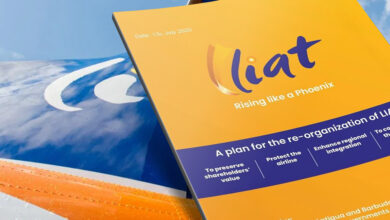 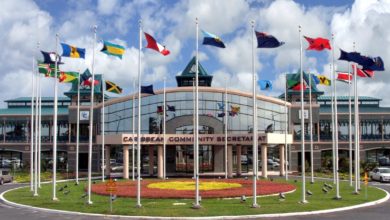 Press Release re: Ninth Special Emergency Meeting of the Conference of Heads of Government of the Caribbean Community, via Videoconference, 15 April 2020