The Thirty-fourth Meeting of the Conference of Heads of Government which was held in July 2013 in Trinidad and Tobago, agreed to set up National Committees on Reparations, to establish the moral, ethical and legal case for the payment of reparations by the former colonial European countries, to the nations and people of the Caribbean Community, for native genocide, the transatlantic slave trade and a racialized system of chattel slavery.

Heads of Government further agreed to establish a CARICOM Reparations Commission comprising the Chairs of the National Committees and a representative of the University of the West Indies (UWI), which would report directly to a Prime Ministerial Sub-committee on Reparations, chaired by the Prime Minister of Barbados, the Hon. Freundel Stuart.

The Executive of the CARICOM Reparations Commission met on December 9, 2013 in Jamaica at the Regional Headquarters of the University of the West Indies in order to define and set in train its plan of action.

It did so within the context of the global celebration of the life of Nelson Mandela, who, by his sacrifice and teachings, provided the world with a moral and ethical framework within which the diplomatic and political search for truth, justice, and reconciliation can be attained. The Commission affirmed its commitment to the principles inherent in the living legacy of Mr. Mandela.

The Commission affirmed the argument that Caribbean societies have been built upon transatlantic slave trading and chattel slavery, which have been declared by the United Nations as crimes against humanity. These societies are uniquely placed to advance the global cause of truth, justice, and reconciliation, within the context of reparatory justice for the victims and their descendants who continue to suffer harm as a consequence of these crimes.

The Commission called upon the former slave-owning nations of Europe – principally Britain, France, Spain, Portugal, the Netherlands, Norway, Sweden and Denmark – to engage Caribbean governments in reparatory dialogue to address the living legacies of these crimes.

The Commission noted that Caribbean societies also experienced the genocide of the native population, which was also declared a crime against humanity by the United Nations. The victims of these crimes and their descendants were left in a state of social, psychological, economic and cultural deprivation and disenfranchisement that has ensured their suffering and debilitation today, and from which only reparatory action can alleviate their suffering.

The Commission stated its intention to call upon CARICOM Heads of Government to seek reparatory dialogue with the former slave-owning states of Europe, which were enriched by these crimes, with a view to seeking their support for the eradication of the legacy that serves to subvert the development efforts of national societies.

The Commission endorsed the view expressed by the CARICOM Heads of Government that this dialogue be conducted in a diplomatic, conciliatory, and morally uplifting fashion, consistent with the reparatory search for social justice and human decency.

The Commission recognized that Caribbean youth are among those most disenfranchised and denigrated by the colonial legacy that racially profiles and oppresses them as descendants of the enslaved, and who have a human right to live in an environment that is supportive of their willingness to contribute positively to humanity.

The Commission calls upon Caribbean youth to participate in reparatory consultations aimed at uprooting these legacies that define, oppress, and limit their ability to be positive global citizens.

The Commission affirms the principles of the Durban Declaration and Programme of Action that call for an acknowledgement by former slave-owning nations that slavery and slave trading were crimes against humanity; and calls upon these nations to issue statements of formal apologies and commit to a reparatory process that includes, among other actions, the facilitation of the repatriation programme.

The Commission identified and discussed six broad aspects of the Caribbean condition that are the direct result of these crimes that should be the focus of reparatory diplomacy and action.

1) Public Health: The African descended population in the Caribbean today has the highest incidence in the world of chronic diseases in the form of hypertension and type two diabetes that are the direct result of their nutritional exposure, endemic inhumane physical and emotional brutalization and other aspects of the stress experience of slavery and post slavery apartheid. Scientific research and costs associated with stemming this historically derived pandemic must be addressed.

2) Education: At the end of the colonial period the British left the African descended population, and survivors of the native genocide, in a state of general illiteracy. Some 70 percent of these persons were functionally illiterate at the onset of the Independence era. Widespread illiteracy continues to plague Caribbean societies and accounts for significant parts of their development challenges.

3) Cultural Institutions: Europeans have invested in the development of institutions such as museums and research centres in order to prepare their citizens for an understanding of their imperial history that defined them as rulers and beneficiaries of slavery. There are no such facilities in the Caribbean where the crimes were committed and the victims left disenfranchised in respect of their institutional and cultural experiences and memory. This crisis must be remedied.

4) Cultural Deprivation: The primary cultural effect of slavery was to break and eradicate African commitment to their culture. African culture was criminalized and the cultural basis of identity shattered. Africans were deculturalized and today remain impoverished in respect or cultural legitimacy and supportive appropriate institutional arrangements. These matters represent the colonial legacy of slavery and must be addressed. Contemporary manifestations of these include low ethnic self-esteem; the devaluation of black identity; broken structures and diminished family values; delegitimization of African derived religion and cultural practices, and disconnection from ancestral roots and culture.

5) Psychological trauma: For over 400 years Africans were classified in law as non-human, chattel, property and real estate. They were denied recognition as members of the human family by laws and practices derived from the parliaments and policies of Europe. This history has inflicted massive psychological damage upon African descendants and is evident daily in social life. Only a reparatory dialogue can begin the process of healing and repair.

6) Scientific and technological backwardness: For 400 years the policy of Britain and Europe had been that the Caribbean should not participate in any manufacturing or industrial process, and should be confined to the production of raw materials. This policy has rendered the Caribbean a technologically and scientifically ill-equipped civilization for which it continues to experience debilitating backwardness in a science and technology globalized world. The subjection of the Caribbean to this state has denied Caribbean youth membership and access to an enhancing science and technology culture that has become the world youth patrimony. This matter must be addressed in reparatory dialogue.

The Commission engaged in two hours of consultation with British attorneys from Leigh Day, an internationally respected law firm that specializes in cases of this nature in respect of the legal framework within which such dialogue should and can take place, and was satisfied with the soundness of their brief and recommendations.

The Commission agreed that the services of Leigh Day were valuable and when articulated with those of Caribbean legal luminaries, should constitute the advisory legal team necessary to frame recommendations to the Heads of Governments.

The Commission reaffirmed the argument that CARICOM should request reparatory dialogue with beneficiary slave-owning European states with a view to formulating a new development agenda for the Caribbean, taking these reparatory objectives into consideration, in order to promote the 21st century as a period of mutual respect, recognition, and conciliation.

The Executive agreed that there shall be a meeting of the full Commission towards the end of January 2014, in order to further develop these positions and to provide the Caribbean and the wider world with an opportunity to discuss and deliberate upon the evidence that speaks to reparatory justice within the Caribbean context.

The Commission agreed that its first interim report should be ready for submission to the CARICOM Heads of Government meeting in mid-February, 2014.

Message for International Day of Persons with Disabilities 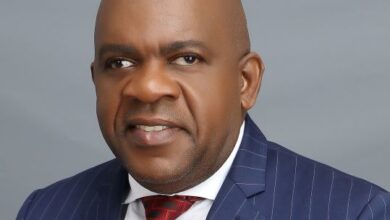 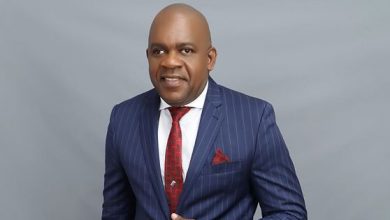 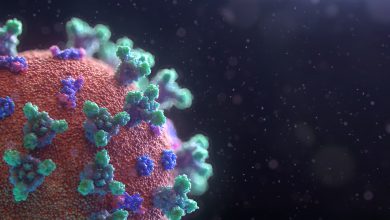