Dominican Dr Carissa Etienne was sworn in for a second term as Director of the Pan American Health Organisation (PAHO) on Thursday and was commended for the achievement by CARICOM Secretary-General Ambassador Irwin LaRocque.

Delivering an address at the inauguration ceremony at PAHO Headquarters in Washington D.C   the CARICOM Secretary-General credited Dr. Etienne’s re-election to her achievements over her first five years in office.

“Reward for good work is more hard work,” he stated lauding her leadership of administrative and management changes to improve the efficiency of PAHO. He commended its successful response to public health emergencies such as Zika, Chikungunya, and cholera in the Americas which saw a dramatic decline in the number of reported cases of those diseases.

While also applauding her leadership of PAHO during its prompt response of relief and recovery following hurricanes Harvey, Irma and Maria, he expressed “heartfelt appreciation” for the continued assistance it continues to render to the Region.

The role of health organisations such as PAHO is critical in disaster management and recovery, he stated, noting the serious threat to the well-being of people in the immediate aftermath of natural disasters such as hurricanes.

“The psychological trauma which afflicted those devastated by the loss of loved ones, as well as their property and belongings also had to be addressed.  Again this Organisation, under your leadership, was instrumental in providing assistance in that regard,” the CARICOM Secretary-General said.

He also praised Dr. Etienne and her team for their support of the goal to eliminate Mother to Child Transmission of HIV and Syphilis, which since 2015, seven Caribbean countries, led by Cuba, the first in the world, have achieved.

The Secretary-General recalled Dr. Etienne’s praise last December that the Region had made a “remarkable achievement” and had placed the Americas at the forefront of the global effort to ensure no child is born with HIV or congenital syphilis. He also applauded the Pan Caribbean Partnership Against HIV and AIDS (PANCAP) for leading the Region in combating the disease.

Dr. Etienne’s achievements during her first term in office, Mr LaRocque stated, have “surely served to further burnish” her sterling reputation which was evident in the quality of leadership she displayed while serving in Dominica.

“You also led WHO's work on universal coverage. This was highlighted by the development of an action agenda for countries at all stages of development to achieve universal coverage and improve health outcomes. That agenda also proposed ways that the international community could better support efforts in low income countries,” the CARICOM Secretary-General said.

He noted that PAHO’s programmes to eradicate tuberculosis, malaria and other related diseases have been making significant headway, but cautioned that those could easily be frustrated, highlighting the recent outbreak of diphtheria.

“The outbreak of an old disease, diphtheria, is a reminder that if we fail to maintain high levels of vaccine coverage these diseases can re-emerge,” Secretary-General LaRocque said.

Describing PAHO as a valued partner to CARICOM, he said it continues to play a significant role in the Caribbean Cooperation in Health, the mechanism through which Member States collectively focus action and resources to achieve agreed goals in health. Additionally, he said PAHO’s co-operation with Caribbean Public Health Agency (CARPHA) has been invaluable to the Region.

Dr.  Etienne was first elected Director of  PAHO by the countries of the Americas in September 2012 during the 28th Pan American Sanitary Conference. She was re-elected for a second term in September 2017, and began serving that term on February 1 2018.

In her native Dominica, Dr. Etienne began her career as a medical officer at the Princess Margaret Hospital, where she eventually became the Chief Medical Officer. She has also served in other high-level posts in Dominica, including Coordinator of the National AIDS Program, Disaster Coordinator for the Ministry of Health, Chair of the National Advisory Council for HIV/AIDS, and Director of Primary Health Care Services. 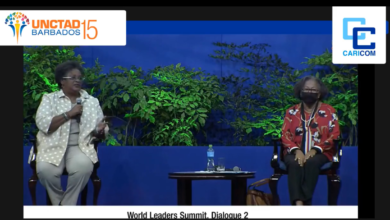 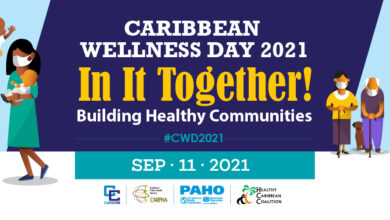 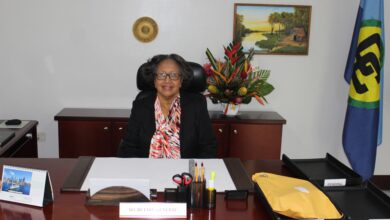 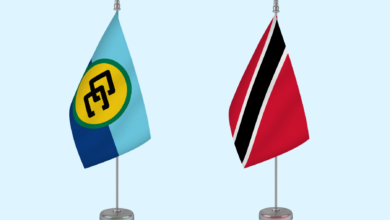