SECRETARY-GENERAL OF THE CARIBBEAN COMMUNITY (CARICOM)

AT THE SESSION IN COMMERATION OF INTERNATIONAL WOMEN’S DAY

DURING THE FIFTH MEETING OF THE FORUM OF THE COUNTRIES OF

LATIN AMERICA AND THE CARIBBEAN ON SUSTAINABLE DEVELOPMENT

It is a great pleasure and privilege to participate in this panel of truly phenomenal women, including Erika, who I am pleased to see so soon after our meetings in Belize last week and of, course Alicia who, for reasons beyond her control was not able to come to Belize for those meetings.

International Women’s Day is a celebration of the important contributions and tireless service that women around the world give every day at home, in their communities, and beyond in every sphere of life. We celebrate their many achievements and recognise the progress that has been made towards gender equality, while acknowledging that there is still much more work to be done. Within the Caribbean Community (CARICOM), the issue of women in political leadership remains ripe for further action.

And so, it is a day in which we can pay tribute to women such as the Honourable Mia Amor Mottley, QC, the only woman who currently serves as Head of Government in the CARICOM region, and who is currently in her second term as Prime Minister of Barbados having, on 25 May 2018,  become the eighth Prime Minister of Barbados and the first woman to hold the position in that country.  She is also the first woman leader of the Barbados Labour Party and the first woman Attorney- General. Of the many accolades given to Prime Minister Mottley, however, the one most poignant in the context of this Forum, is the 2021 Champion of the Earth Award, the UN’s highest environmental honour, which she received last December.  She is truly an outstanding example for our women and girls in this Region.

The global theme for this year’s International Women’s Day is “Gender Equality Today for a Sustainable Tomorrow”. Across the Caribbean region, there is an ‘urgency of now’ to decisively chart a pathway to sustainable development, and to do so in a way that ensures a restructuring of social, economic and political systems so that both men and women have an equal stake and an equal say in the way forward. It is increasingly recognised that insecurity, governance deficits, extreme climatic, health-related and other hazards are not gender-neutral. They affect women and men differently due to gender inequalities caused by socioeconomic conditions, cultural beliefs and traditional practices, which continuously put women at a disadvantage. In many countries, the mortality rate of women and girls during disasters can be higher than that of men and boys.

This month marks two years since the World Health Organisation declared the COVID-19 outbreak a global pandemic. Since then, COVID-19 has caused a staggering death toll, approaching six million as of end February 2022. While the data show that more men died from COVID-19, women were also hit hard as they constitute 70% of frontline workers in COVID response, as doctors, nurses and other health care workers. Before the pandemic, only 52 percent of women, versus 77 percent of men, participated in the CARICOM region’s labour market. Women have lost jobs at almost twice the rate of men, yet we see Caribbean women being innovative in the midst of diversity, finding  opportunities during this crisis. For example, whilst the education system in the region has felt the brunt of the COVID crisis, the evidence shows that women have been resourceful and innovative in trying to keep children engaged.

Countries are now devising and implementing their COVID-19 recovery plans, and, in this process, governments, businesses, and other stakeholders need to take into account the impacts of the COVID-19 pandemic on both women and men, and design gender-responsive and sustainable policies where women participate equally.

In the Caribbean region, women head larger households than men, and their livelihoods and that of their families are more vulnerable when disasters strike. They also struggle more than men to find alternative livelihoods and to re-enter the formal employment sector. Female-headed households, are estimated to be 40% in the Region. When we think of SDG 16 and how we can find Caribbean solutions for Caribbean problems, this statistic of 40 percent female headed households, may well hold the key to how the region looks at issues of citizen security, and how it engages in inclusive dialogue to foster good governance.

In CARICOM, gender equality is an issue that cuts across all our priority regional integration areas such as CARICOM Single Market and Economy, Regional Food and Nutrition Security, maintaining the Caribbean as a Zone of Peace, and strengthening the region’s security systems. Success will mean that both men and women are included in key decision-making processes at all levels so that the benefits are equally felt by all.

I want to give my personal regards to Alicia Bárcena, outgoing Executve Secretary of ECLAC. Alicia, you have been a professional ally and a friend of the Caribbean region. We will miss you dearly. You will also understand, I know, when I say that as the Caribbean seeks to build back on equal footing, the region will find its voice and redefine its place and  you will not be surprised to hear me speak  of the ‘Caribbean and Latin American region’.

In closing, I wish thank all our UN and other partners for the  support you have provided and continue to provide to Member States of CARICOM, especially during the peak of the global pandemic, and I wish to assure you of the continued commitment of the Caribbean Community and its Secretariat, to work collaboratively with you to ensure that the Region not only builds back better, but also builds back equal. 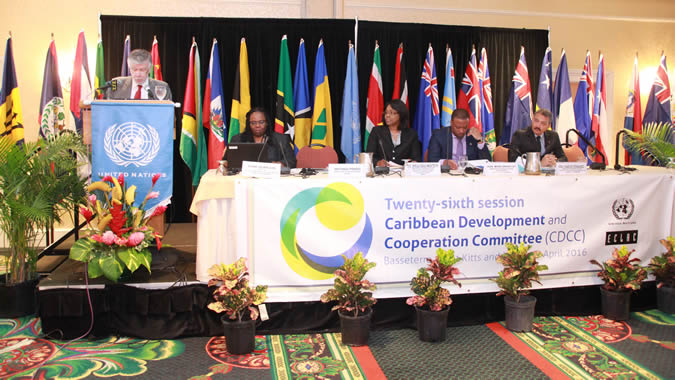 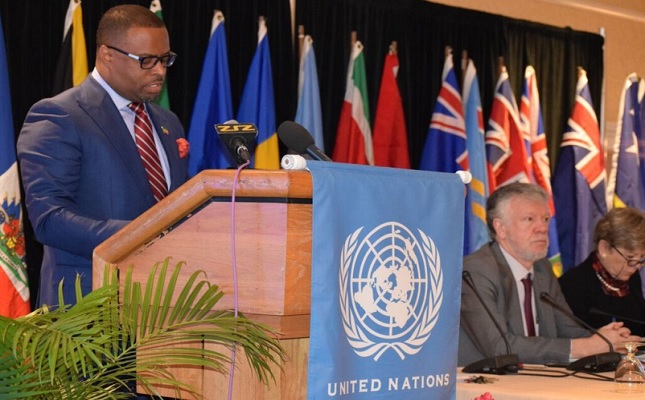 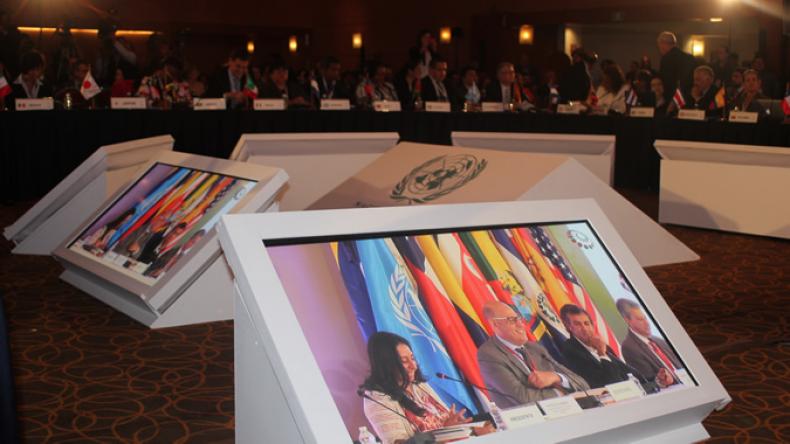