CARICOM Secretary-General Dr Carla Barnett has congratulated newly elected Prime Minister of The Bahamas Mr Phillip Davis and his Progressive Liberal Party (PLP) on their resounding victory in the General Elections of 16 September 2021.

The Secretary-General said she looks forward to welcoming the new Prime Minister as he takes his place within the Conference of Heads of Government of the Caribbean Community.

Here’s the full congratulatory message from the Secretary-General:

On behalf of the Caribbean Community (CARICOM), I offer my sincere congratulations to you and the Progressive Liberal Party (PLP) on your resounding victory in the General Elections held in the Commonwealth of The Bahamas on 16 September.

I also congratulate you on your election as the Prime Minister of the Commonwealth of The Bahamas.

I look forward to welcoming you, Prime Minister, as you take your place within the Conference of Heads of Government of the Caribbean Community.

You can be assured, Prime Minister, of the support of the CARICOM Secretariat and the Community during your term of office. 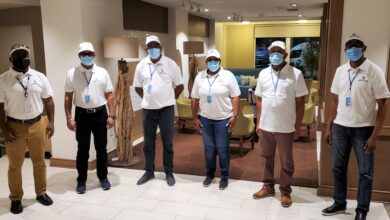