(CARICOM Secretariat, Turkeyen, Greater Georgetown, Guyana)     In a recent statement on the UN Post 2015 Development agenda the Caribbean Community (CARICOM) has identified ten priority areas.
The United Nation’s Post-2015 Development Agenda was of paramount importance to CARICOM States during the 68th Session of the UN General Assembly (UNGA) and beyond. At their July 2013 Conference, CARICOM Heads of Government underscored the need for effective CARICOM engagement to ensure that this issue was at the forefront of the deliberations during  the UNGA and that the Region’s priorities and concerns found ample expression in the Post-2015 Development Agenda.
Following consultations with CARICOM States, the CARICOM Secretariat and the Caucus of CARICOM Permanent Representatives to the United Nations, a CARICOM Declaration was prepared outlining the Caribbean Community’s vision and expectations on the Post-2015 Development Agenda.
The first issue identified in the Declaration was Intergovernmental Leadership that established an agenda that was determined and agreed through intergovernmental consultations. The eradication of poverty was also singled out as a central objective.
A people-centred approach that should “promote the welfare and well-being of people; contribute to social inclusion, gender equality and the empowerment of women” was also mentioned.  Additionally it called for an agenda that was integrated and holistic and would build on the lessons learnt from the Millennium Development Goals MDGs.

According to the statement the agenda should promote the balanced integration of the economic, social and environmental dimensions of sustainable development at all levels.

“In this regard, we support the work of the UN General Assembly’s Open Working Group to define a set of sustainable development goals (SDGs) with universal applicability guided by the principle of common but differentiated responsibilities and respective capabilities” the statement read.

The issues of Small Island Developing States (SIDS) were also identified and a call was made for the international community to actively observe 2014 as the International Year of SIDS and to positively contribute to the successful outcome of the Third International Conference on SIDS to be held in Samoa in September 2014.

The CARICOM statement also noted that the development of the Region should be accelerated by harnessing opportunities and addressing critical persistent and emerging development challenges that constrain their economic growth and social development.

Support was also given for a need to devise broader measures and appropriate approaches and criteria to complement GDP per capita in assessing development progress. It said moving beyond GDP per capita as a Measure of Development and a determinant of access to concessionary development resources should be actively pursued.

Another key priority identified was providing Definitive Arrangements for Means of Implementation that could effectively mobilise adequate financial and other resources, improve trade and market access, increase technology transfer and development and capacity building, including support for the modernisation of data collection and statistical analysis, to assist developing countries to implement the Post-2015 Agenda.

“An Accountability Mechanism must also be established to promote and monitor the implementation of commitments” it stated.

The final issue highlighted in the statement was fostering an enabling Global Policy Environment which should be more conducive to the achievement of development objectives and afford greater policy coherence across institutions involved in the elaboration, development and implementation of a Post-2015 Development Agenda. The democratisation of global economic governance and an ambitious global climate change agreement were also put on the table. 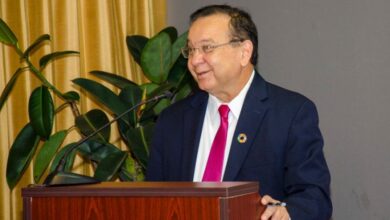 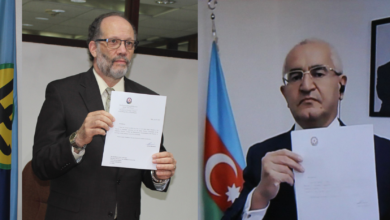 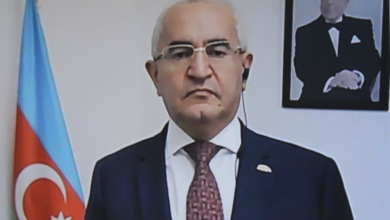 Remarks by H.E. Elkhan Polukhov, Ambassador of Azerbaijan to CARICOM 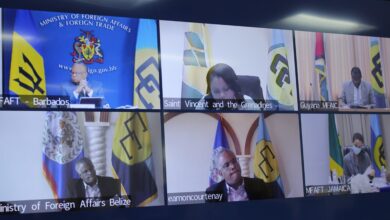 Twenty-Fourth Meeting of the Council for Foreign and Community Relations (COFCOR), Virtual, 6-7 May 2021 – COMMUNIQUE