CARICOM Heads of the Government have agreed to champion the Every Caribbean Woman Every Caribbean Child (ECWECC) initiative and other activities focussed on addressing violence against women and women’s and children’s health.

The ECWECC initiative revolves around opportunities to improve the lives of women, children and adolescents. It focuses on four priority issues: teenage pregnancy; violence against women and children (including trafficking in persons); cervical cancer and mother to child transmission of HIV (MTCT)in the Caribbean.

Assembling for their 28th Inter-sessional Meeting  on 16-17 February, in Guyana, the  Heads  received a report  on the initiative from Prime Minister of Antigua and Barbuda, Hon. Gaston Browne. Prime Minister Browne had earlier attended the Forum of CARICOM First Ladies and Spouses on the EWECC initiative, hosted by Guyana’s First Lady Ms. Sandra Granger, at the Marriott Hotel on 16 February 2017.

At that Forum, the Prime Minister addressed the gathering of First Ladies and Spouses, government officials,  the UN Special Envoy for HIV and AIDS in the Caribbean, Dr. Edward Greene, the UN and other agencies, the Gilead Sciences Inc., among others.

The Prime Minister cited  the  less than flattering state of play in the Region as it related to the referenced issues,  and  called  for urgent “remedial action” and an accelerated response.

“We leaders of the region must accelerate our response to meaningfully tackle these problems that severely threaten to undermine our human development and contribution of our most precious human resources —our women, girls and children— to the development of this region”, he said; adding  that “the  economic costs of inattention to the priorities of  ECWECC  Initiative  [will] be staggering”.

In July 2016, the Hon. Timothy Harris, Prime Minister of St. Kitts and Nevis  who has lead responsibility for Human Resources, Health and HIV brought the priorities of  EWECC to the attention of Heads of Government meeting for their 37th Regular Meeting in Georgetown, Guyana. That meeting endorsed the initiative.

Caribbean Public Health Day: In a Time of COVID-19 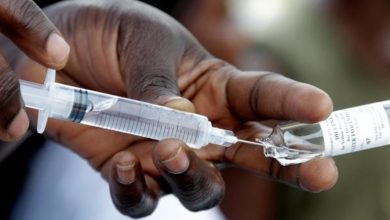