Secretary-General of the Caribbean Community Ambassador Irwin La Rocque accepted the Letters of Credence of His Excellency  Didier Chassot, Plenipotentiary Representative of Switzerland to CARICOM on 6 February 2017, deepening CARICOM’s relationship with Switzerland.

In indicating his aspiration for a concrete programme of cooperation, Amb. LaRocque identified environmental protection, renewable energy, financial services, tourism and agri-business as areas of mutual interest, which he said could form the basis for establishing a cooperation mechanism.

He referred to the economic and environmental vulnerability of Small Island Developing States (SIDS) and the devastating impact    of derisking activities conducted by certain international banks. These challenges were raised in the context of  the issue of  graduation of middle-income countries from concessionary development financing based on GDP  and the Secretary-General’s  request for Switzerland’s advocacy, given its  influential global voice.

Describing Switzerland as “exceptional”, the Secretary-General acknowledged with appreciation  the country’s support to the Region. He  singled out the establishment of the University of the West Indies’ ’Institute of International Relations, which initial programmes were developed in collaboration with the Graduate Institute of Geneva, and the support provided  to Member States to facilitate their permanent presence in Geneva.

The Secretary-General made reference to Switzerland’s high ranking in the global development indices and described it as “exemplary,…  a place where it seems that practically everything work  as they should for the well-being of its people”.

The newly accredited Swiss Envoy indicated his country’s intention to intensify the political dialogue and to work with Member States in multilateral fora. He informed that  note had been taken of the priorities of the Community’s Strategic Plan 2015-2019 and its vision for an integrated, inclusive and resilient community where every citizen is secure and has the opportunity to realise his or potential with guaranteed human rights and social justice.

“Switzerland wants to learn more about those plans and is open to the Community’s ideas and proposals, as it advances cooperation in areas of common interest”, he said

According to Amb. LaRoque, the new relationship between CARICOM and Switzerland “can become a model of north/south cooperation” … with increased development dividends for all its peoples. 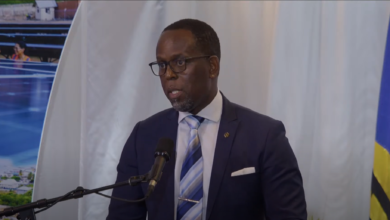 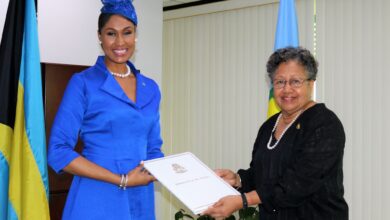