As we observe World Food Day today, we tell you that the Caribbean Agricultural Research and Development Institute (CARDI) has already begun taking action to restore the recently battered agriculture sectors in Barbuda and Dominica.

And while he lamented the destruction of thriving sectors that was caused by monster storms, Hurricanes Irma and Maria, Executive Director of CARDI, Mr. Barton Clarke, said that agriculture in the two islands will flourish again.​

He said that CARDI had participated in the initial assessments of the damage to the islands, and was now looking at what their needs are. He said that the regional institution will liaise with the Secretariat of the Organisation of Eastern Caribbean States (OECS) which has been mobilising assistance in agriculture. In an interview with CARICOM Today on 5 October, ahead of the 71st Meeting of the Council for Trade and Economic Development on Agriculture at the CARICOM Secretariat, Mr. Clarke said that the Region had some internal capacity to assist immediately to plant short-term crops.
The Region has small seed banks with pumpkin and red kidney beans, for example, in Antigua and Barbuda, Belize and Trinidad and Tobago, and also has a relationship with big seed companies which will supply material to assist in rebuilding the sector.

Assessing the impact of the two Category Five hurricanes, Mr. Clarke pointed out that there was “almost total devastation” of agriculture in the two islands which has caused a domino effect in terms of food supply in the Region.

For example, Barbuda had coconut germ plasm that was free of lethal yellowing and was expanding its production of peanuts when the hurricane hit.

In Dominica, the hurricane snapped trees, destroyed the coconut, avocado, bead fruit, citrus and other crops, and uprooted even root crops, destroyed the production and agro-processing capacity. Dominica was also self-sufficient in eggs. The country’s ability to provide food products to other territories in the Region was also totally disrupted.

“There’s the issue of food supply in Dominica. Dominica had a fairly vibrant agriculture sector and there was a very strong tradition of consuming root crops such as yams, dasheens, tannias and cassava… All those are gone… Dominica has been providing food products to Martinique, Guadeloupe, Antigua, the norther Leeward Islands, British Virgin Islands, Anguilla… all that is gone.  So you have the impact of the destruction of the food supply systems in Dominica but also the food supply systems in the French Caribbean and the northern Caribbean as well.

“So these are really significant impacts”, he pointed out. 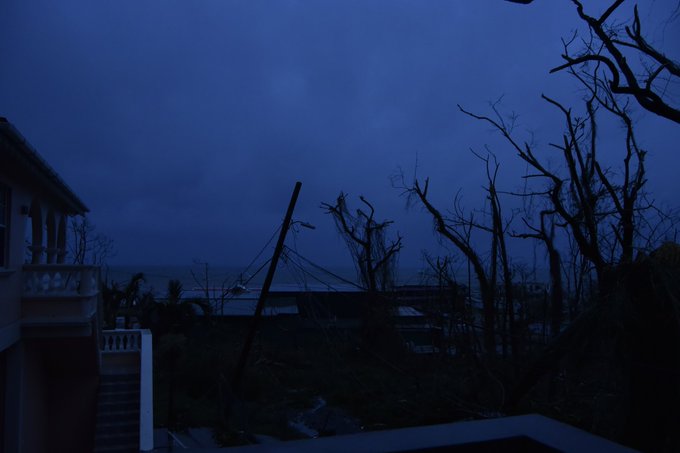 Please see excerpts of the interview above.