The Region’s emergence from the widespread impact of the pandemic underpinned the discussions of the CARICOM Trade Ministers who met 23-24 November for the 53rd Council for Trade and Economic Development (COTED).

The two-day Ministerial addressed a number of matters that focused on the continued safe reopening of economies in a COVID-19 environment, re-configuring business processes and digitalisation, and consolidating the CARICOM Single Market and Economy (CSME).

CARICOM Assistant Secretary-General, Trade and Economic Integration, Mr. Joseph Cox, pointed out in a post-COTED interview that the pandemic was not causing upheavals in health and social spheres alone, but was having serious deleterious effects on economic life. It was causing a re-ordering of processes, changing operational ethos, and strategic pivoting at both the national and regional levels, he said.

He alluded to the peculiar challenges facing the Region of small developing states fighting a pandemic including supply chain disruptions, high freight charges, and inflation.

He said freight charges were moving in some instances by 400 per cent or more, and that it was “absolutely critical” for ministers to be apprised of the full impact of increased freight charges.

High maritime costs could mean the loss of comparative advantage in specific products for regional exporters.

“If we are not careful, we could end up losing those markets just on the basis of costs and differentials in terms of maritime charges,” he said, adding that the charges would also have the domino effect of hiking prices which the consumer would have to bear.

But he pointed out that the freight scenario in particular, and the other pandemic impacts generally, create the opportunity for change and for regional producers to “step up and seek to fill that void” by manufacturing some of the items that people required.

To illustrate his point, he referred to the shift in brands that occurred at the beginning of the pandemic when the stock of traditional items dwindled as a result of supply chain disruptions. Consumers resorted to alternatives which were on the market and which were substantially cheaper.

“You are likely to see further disruptions in terms of the supply chain (but) there are obvious solutions. What this really points to is that as a Region, we have to move from what you call ‘just in time’ production mode to ‘just in case’. You have to buy a little more; you have to keep your inventory higher. We also have to look at near-shoring opportunities. You have to use data analytics to start to determine how is it that you’re treating with shipping and the timelines associated with your shippers. Of course, you have to look at how you procure your shipments…

“It is disruptive, but you have to plan for it,” ASG Cox reiterated.

On the matter of creating the environment for electronic commerce, the Assistant Secretary General said Ministers received updates of the status of the Region with respect to electronic payments. He said the Ministers are to meet in special session to further discuss the matter so that “clear-cut measures” could be put in place.

The discussions will take place against the background of what he described as “sub-optimal” use of technology in the Region in the area of business transactions “so that you find that most of the e-commerce business is really going to third country markets and not benefitting us as they should.”

“One of the factors that Ministers were apprised of … is the matter of fees and the fee structure that is applicable” which causes either a reluctance among some businesses to accept credit and debit cards, or the addition of transaction fees to the cost of product, ASG Cox said.

“The overall transaction cost goes up so what you’re really doing is discouraging innovation and that’s something that we have to look at and treat with in a very clear-cut manner,” he said.

He said that was part of “re-ordering” and he warned of “even greater shifts”, pointing out that “it all comes down to how we adapt”.

“We don’t have the luxury of talking about ‘wait until’ to see if there will be a magic bullet, or that somehow the pandemic will suddenly be over. We have to learn to live with it; we have to re-order and re-fashion how we approach enterprises, how we deal with commerce. We have to look at reviewing our legislation to ensure that it is sufficiently re-fashioned, if necessary, to treat with the changing dynamic. This is the reality of what we are facing; we just don’t have the luxury of time anymore,” he said.

As he cautioned that there was going to be no resumption of life as it was in 2019, the Assistant Secretary-General underlined the importance of vaccinations to combat the virus and its various mutations. He said continued resistance to vaccines meant a prolonged pandemic phase.

He asked, rhetorically, whether any country in the Region could afford to re-instate the kind of stringent measures that were applied at the onset of the pandemic, since those initial economic disruptions were “immense”.

This “is not a time for lamentations”, he said, but a time for the Region to recognise and embrace the new opportunities that were emerging from the challenges. 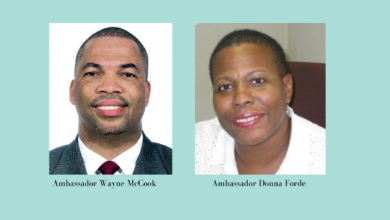 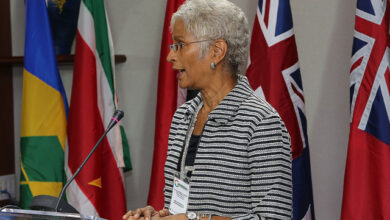