The governments of Barbados and St. Vincent and the Grenadines have signalled their unequivocal commitment to integration as they assigned two new envoys to join the family of CARICOM Ambassadors on Friday 12 January.

The new Barbados Ambassador said her government endorsed the words of Right Excellent Errol Barrow in his last speech to the CARICOM Heads of Government in 1989 when he advocated:

“…the absolute necessity to promote and defend the solidarity of this regional Caribbean family. And also the absolute obligation to discover those strategies and mechanisms which will ultimately lead to unity of action in all major areas of our economic, social and political life.”

The Government of Barbados, she added, remains committed to carrying out those obligations chief among which was the CARICOM Single Market and Economy (CSME).  Barbados is committed to the full implementation of the various components of the CSME, she reiterated.

She assured the Secretary-General of her personal commitment to the objectives of the Community for economic advancement and empowerment of people, adding that she will work with the same enthusiasm as her predecessor, the Honourable Robert Morris.

His Excellency Allan Alexander in reaffirming his government’s commitment to CARICOM said:  “The Government of St. Vincent and the Grenadines has placed high priority on integration of the region, and remains committed to the reform process of CARICOM.”

He pledge his support in improving the communication between his Capital, the CARICOM Secretariat and regional institutions, and to encourage better participation of St. Vincent and the Grenadines in regional activities.

“I also want to give my fullest support to the Community’s Strategic and Operations Plan 2015-2019, which is currently in implementation,” he said.

Ambassador Alexander signalled St. Vincent and the Grenadines’ intention to offer itself as a candidate for the non-permanent seat at the United Nations Security Council, and requested “the support of CARICOM in this important undertaking.” 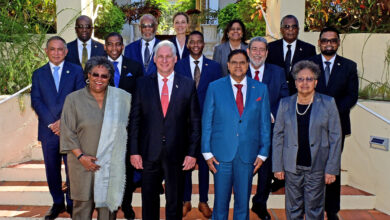 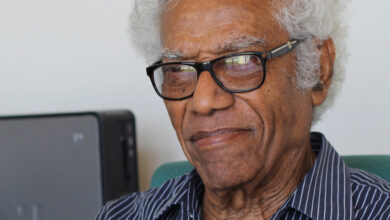