When the launch of Barbados’ 50th Anniversary Independence celebrations comes off this Wednesday, January 6, Barbadians can expect a line-up featuring the “who’s who” of local talent.

That assurance came from Manager of Special Projects at the National Cultural Foundation (NCF), Alison Sealy-Smith, during a recently-held press conference at the 50th Anniversary of Independence Celebrations Secretariat, located in the Old Town Hall Building in Bridgetown.

According to her, the concert, which will be held in Independence Square after a ceremonial parade, promises an “exciting celebrity line-up” and is aimed at encouraging Barbadians not only to celebrate reaching such a milestone, but also to reflect on their culture.

“As we launch this activity, we want to make Barbadians feel what it is to be Barbadian; what we are celebrating and reflecting on and what is of value that we need to be treasuring. We have put together a “who’s who” of Barbadian talent. [The theme] is Barbados We Come From! but the sub theme is Our Legends and Our Legacy.

“We want to stir hearts; we want to fill the night with nostalgia. The music is going to be all of those things that make your heart strings quiver when you think of Barbados – ‘Barbados my Country to Me’, ‘Beautiful Barbados’. Emile Straker will be there with his guitar, we’re going to have the big choirs, we’ll have solo performances [and] we have legends like RPB, Gabby and Richard Stoute,” she added.

Ms. Sealy-Smith also pointed out that there will also be performances by spoken word artists Adrian Green and Kamau Brathwaite, as well as tributes to icons such as Jackie Opel and Joseph Niles.

Chief Executive Officer at the NCF, Cranston Browne, spoke to the logistics of the event. According to him, the stage will be set up in Independence Square facing the Careenage and “enveloping” the statue of National Hero The Right Excellent Errol Barrow.

“Barbadians will be able to stand in Independence Square, across the Careenage, by the Treasury Building, in Heroes Square and across the two bridges to see the concert,” Mr. Browne noted, adding that there would also be large screens placed strategically around the area. 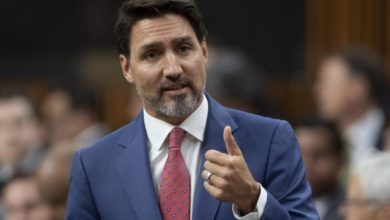 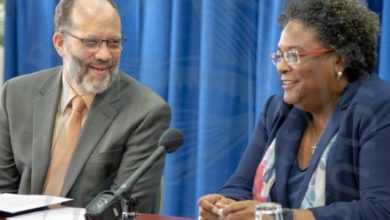