The CARICOM Election Observation Mission to the General Elections in The Bahamas on Thursday has declared that the elections reflect the will of the people.

The Mission issued its Preliminary Statement on Friday which said voters were able to cast their ballots without intimidation or fear.

Here is the Preliminary Statement of the CARICOM Election Observation Mission:

CARICOM ELECTION OBSERVATION MISSION TO THE COMMONWEALTH OF THE BAHAMAS GENERAL ELECTIONS, 16 SEPTEMBER 2021

At the invitation of the Most Honourable Sir Cornelius A. Smith, Governor-General of the Commonwealth of The Bahamas, the Secretary-General of the Caribbean Community (CARICOM), Her Excellency Dr. Carla N. Barnett, mounted a CARICOM Election Observation Mission (CEOM) to observe the conduct of the General Elections which were held in The Bahamas on 16 September 2021.

The entire Team comprising the Chief of Mission, Observers from Member States and the support staff from the CARICOM Secretariat, arrived in The Bahamas on Monday, 13 September 2021.

The six (6) member Observation Mission, which was led by Mr. Ian Hughes, Human Resource and Training Officer and Assistant to the Supervisor of Elections, Antigua and Barbuda Electoral Commission, also comprised nationals of Dominica, Jamaica and Suriname.

The CEOM monitored the polling activities, which included the opening of the polls, the voting process, the closing of the polls and the preliminary count of ballots.

From its observations, the polls were opened in a timely manner in the majority of the polling districts.  All polling stations observed were staffed and most had at least two Polling Agents present, representing the two major political parties that contested the general elections.  Most polling stations were conveniently located and easily accessible to the voters though, in some instances, it was noted that accessibility presented challenges for the disabled, the elderly and the infirm.   The Mission observed that there was sufficient supply of the required voting materials which arrived promptly to facilitate the opening of the polls.

Adequate police security was in place at all locations visited, with officials conducting their duties in a professional and efficient manner.  This contributed to the level of calm which accompanied the day’s activities.   Generally, the poll workers were focused as they steadily carried out the required procedures, thereby ensuring that all eligible electors who turned out to vote were able to do so. Their efforts to adhere to the Covid-19 protocols and in sanitising the polling stations after each elector had voted are also to be commended.

The initial assessment of Election Day activities by the CEOM is that the voters were able to cast their  ballots without  intimidation or fear, and that the results of the 16 September 2021 General Elections reflect the will of the people of The Bahamas.

The Mission extends its appreciation to the Ministry of Foreign Affairs for its assistance and congratulates the staff of the Parliamentary Commission; poll workers; the political parties and their candidates; the security forces and the people of The Bahamas on the level of maturity displayed in the peaceful execution of the Election Day activities, especially during the Covid 19 Pandemic.

A full Report will be prepared by the Chief of the CEOM for submission to the Secretary-General   of   the   Caribbean   Community (CARICOM), Her  Excellency Dr. Carla N. Barnett.

The CARICOM Election Observation Mission wishes to thank all stakeholders, including the Leaders of the Political Parties, Civil Society, and the People of The Bahamas for their warm welcome and cooperation which contributed to the success of the Mission. 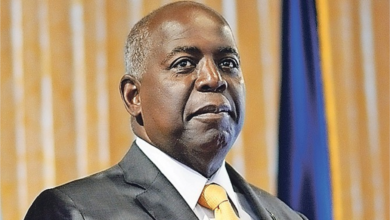 Bahamians vote for change of Government