The ACCP is the deliberative and consultative body of CARICOM, and is designed to stimulate greater public awareness and understanding of developments relating to the integration movement. It comprises Representatives from among the Parliaments in each Member State and aims to provide greater opportunity for public involvement in the regional integration process through the Parliamentary Representatives.

In this process the ACCP brings together, as no other Community institution does, government and opposition Parliamentary Representatives to discuss critical issues affecting the Community such as the Coordination of Foreign Policies of Member States; the economic and social advancement of their peoples, as well as the safeguarding of the ideals and principles of democratic governance in the Community.

The upcoming Meeting of the Assembly will be addressed by, among others, Mr. Edwin Carrington, Secretary-General of the CARICOM. Mr. Carrington says the essential contribution of the ACCP is the introduction at the level of the Community of the deliberative virtues of the parliamentary culture, encompassing Representatives from all sides of the Parliaments of Member States, government and opposition. “It also continues the process of democratisation of the regional integration movement and marks a significant milestone of our enviable tradition of democracy,” he emphasised.

The concept of the ACCP was first enunciated in 1987 at the Eighth Meeting of the Conference of Heads of Government of the Caribbean Community in Saint Lucia. In 1989, the principle of the ACCP was accepted at the Tenth Meeting of the Conference in Grenada. The formal establishment of the Assembly was completed when the Inter-Governmental Agreement creating that body was duly signed and ratified by the relevant number of Member States in August 1994.

This week’s Meeting of the Assembly, at which almost all CARICOM Member States will be participating, follows on earlier meetings of the Assembly in Barbados in 1996 and in Grenada in 1999. 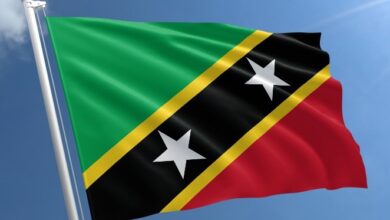